FREE INDUSTRIAL ECONOMIC ZONE “NAVOI” DEGREE OF THE PRESIDENT OF THE REPUBLIC OF UZBEKISTAN DECEMBER 2, 2008 No.UP-4059 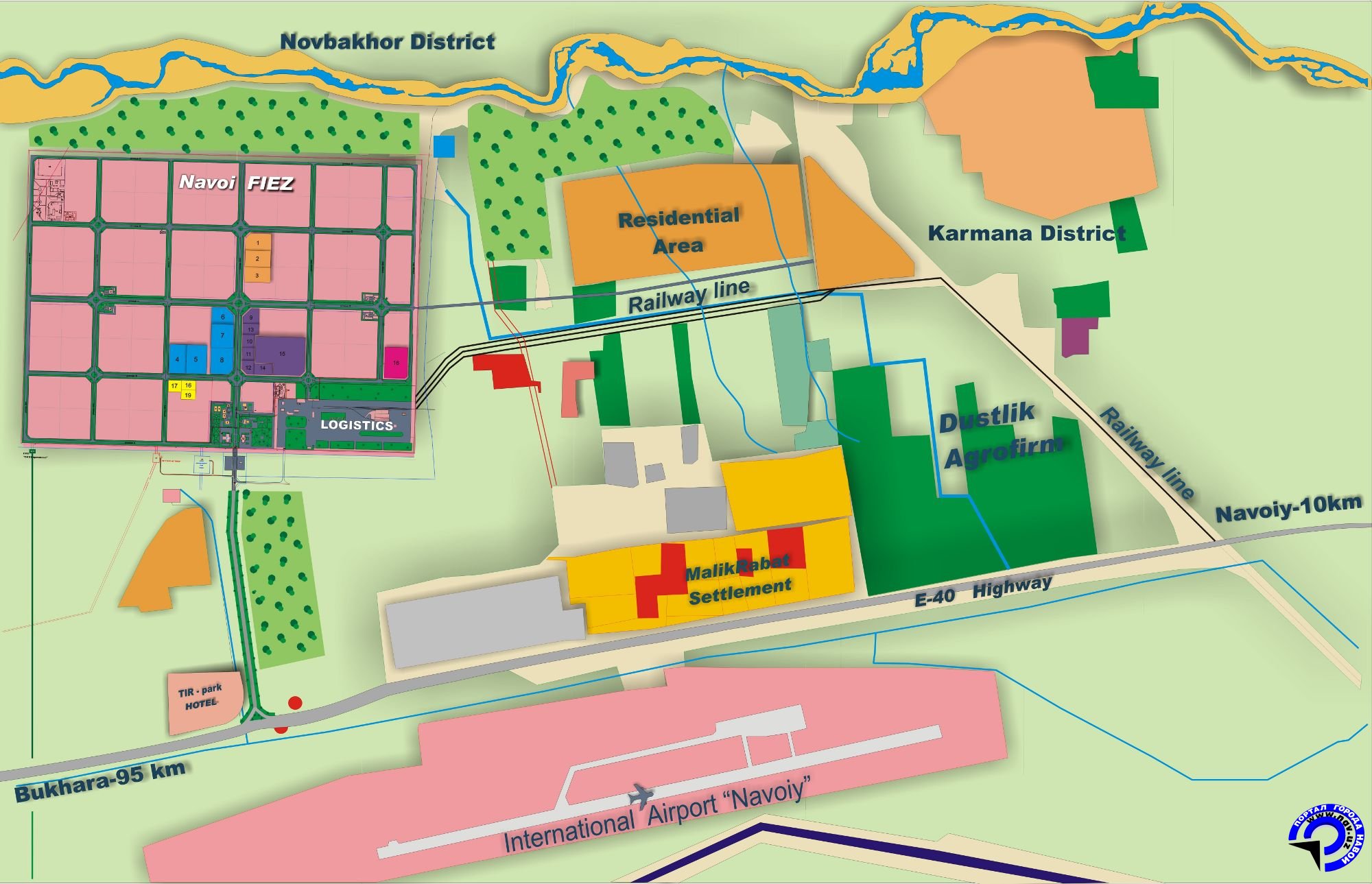 15 years and 50% reduction of profit tax for the following 10 years
if amount of direct investments is more than 30 mln. Euro

For the whole period of functioning enterprises are exempted from customs duties for imported:

SPECIAL INDUSTRIAL ZONE “ANGREN” DEGREE OF THE PRESIDENT OF THE REPUBLIC OF UZBEKISTAN APRIL 13, 2012 No. UP-4434 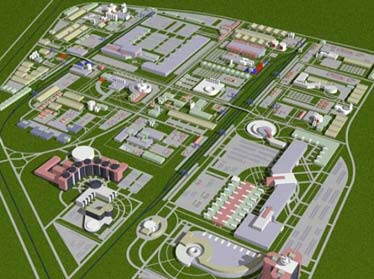 SIZ “Angren” residents are exempted from:

Customs duties for imported equipment, raw materials, production components, not produced in Uzbekistan, by the degree of the Cabinet Ministers

Jizzakh was an important Silk Road junction on the road connecting Samarkand with Fergana Valley. It is at the edge of Golodnaya Steppe, and next to the strategic Pass of Jilanuti (Timur's Gate) in the Turkestan Mountains, controlling the approach to the Zeravshan Valley, Samarkand and Bukhara.

The name Jizzakh derives from the Sogdian word for "small fort" and the present city is built of the site of the Sogdian town of Osrūshana. After the Arab conquest of Sogdiana, Jizzakh served as a market town between the nomadic raiders and settled farmers. The Arabs built a series of rabats (blockhouses) at Jizzakh, housing ghazis to protect the people. By the 19th century, these blockhouses had evolved into a major fortress for the Emirate of Bukhara. Russian General Mikhail Chernyayev, the “Lion of Tashkent” failed in his first attempt to take Jizzakh, but succeed in his second try, with a loss of 6 men, against 6000 dead for the defenders. The old town was mostly destroyed, its remaining inhabitants evicted, and Russian settlers brought in.[2]

In 1916, Jizzakh was the center of an anti-Russian uprising, which was quickly suppressed. In 1917, Jizzakh most famous native son, Sharof Rashidov, future secretary of the Communist Party of Uzbekistan, was born.

Modern Jizzakh is quietly tree-lined European, with almost nothing remaining of the pre-Rashidov era. The city has two universities, with a total of approximately 7,000 students, and is home to a football team, Sogdiana Jizzakh, which plays in the Uzbek League (Oliy Liga).  more about Jizzakh

Online consultations and advises for entrepreneurs

Virtual office of the Enterpreneurs