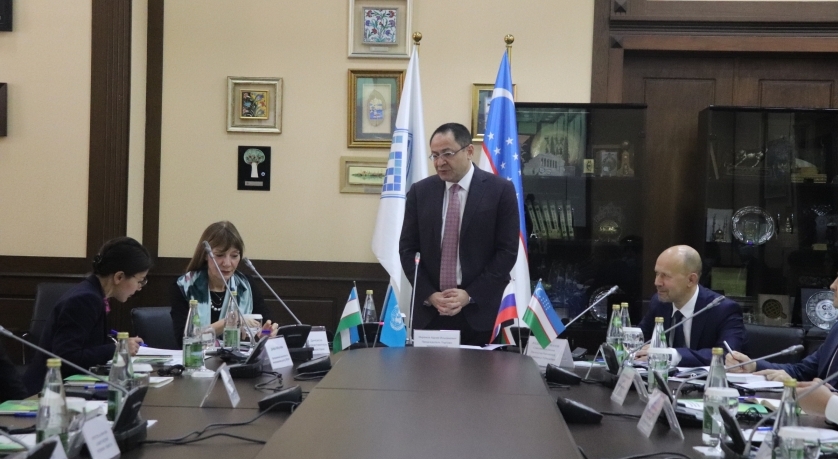 On December 2, 2021, the final meeting of the Coordinating Council of the joint project of UNDP and the Chamber of Commerce and Industry of Uzbekistan "Increasing the resilience and adaptation of farmers of the Fergana Valley to the risks of climate change" was held in Tashkent, implemented with financial assistance from the Russian Federation. The meeting was attended by representatives of the Embassy of the Russian Federation in Uzbekistan, representatives of partner organizations, ministries, departments and other organizations associated with the activities of this project.

Speakers at the meeting with welcoming words, Mr. Adham Ikramov, Chairman of the Chamber of Commerce and Industry, Matilda Dimovska, Resident Representative of the UNDP of Uzbekistan, Vadim Averchenko, Advisor of the Russian Embassy in Uzbekistan, noted the particular importance of the project, emphasizing that the lessons learned from the project for 2019-2021 will serve as a good help in the future to continue cooperation projects in the field of adaptation to climate change in the region. 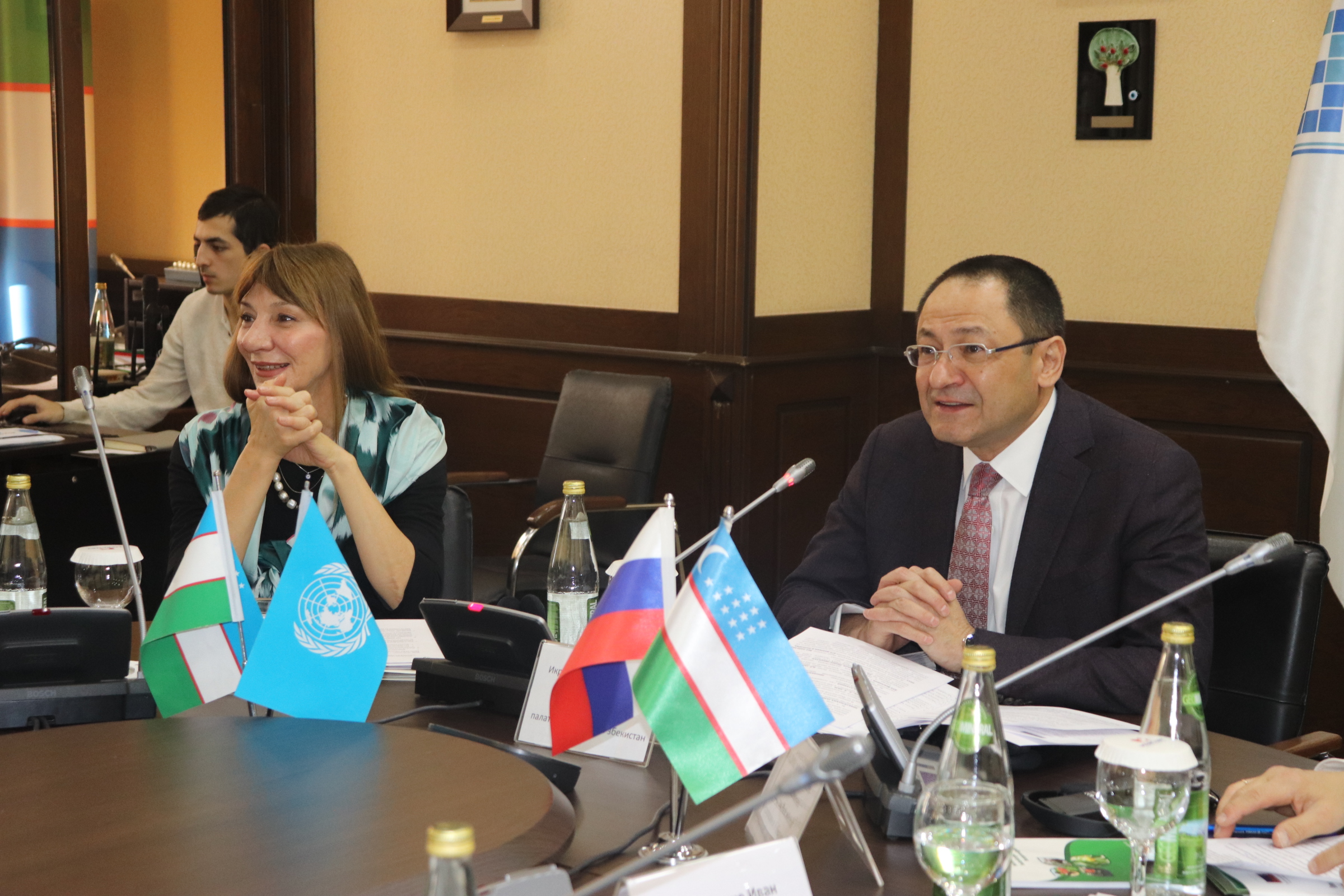 Over the past period, the project has worked to strengthen the resilience of farmers to climate change by improving market access and measures for sustainable agricultural management. The project was tasked with improving development, implementing measures for the application of adaptation methods in agriculture, increasing the capacity and ensuring access of farmers and other agricultural producers to advanced technologies and infrastructure to respond to the risks of climate change, as well as promoting environmentally friendly technologies and production methods. ...

The project manager Ulugbek Dedabaev, speaking about the overall results of the project, said that within the framework of the project, significant results were achieved in a short period, including the development of a strategy for the Namangan region with aspects of climate change and the concept of integrated plant protection, holding over 20 thematic seminars and trainings. in which more than two thousand representatives of the agricultural sector of the Fergana Valley took part, the implementation of 14 business projects totaling over 1.5 million US dollars, aimed at demonstrating the application of adaptation measures to the risks of climate change, creating new jobs for women and youth, increasing export potential. Also, within the framework of the project, technical innovations have been developed and implemented, such as: agrometeorological stations, electronic pheromone traps, which are integrated into the whole plant protection system. 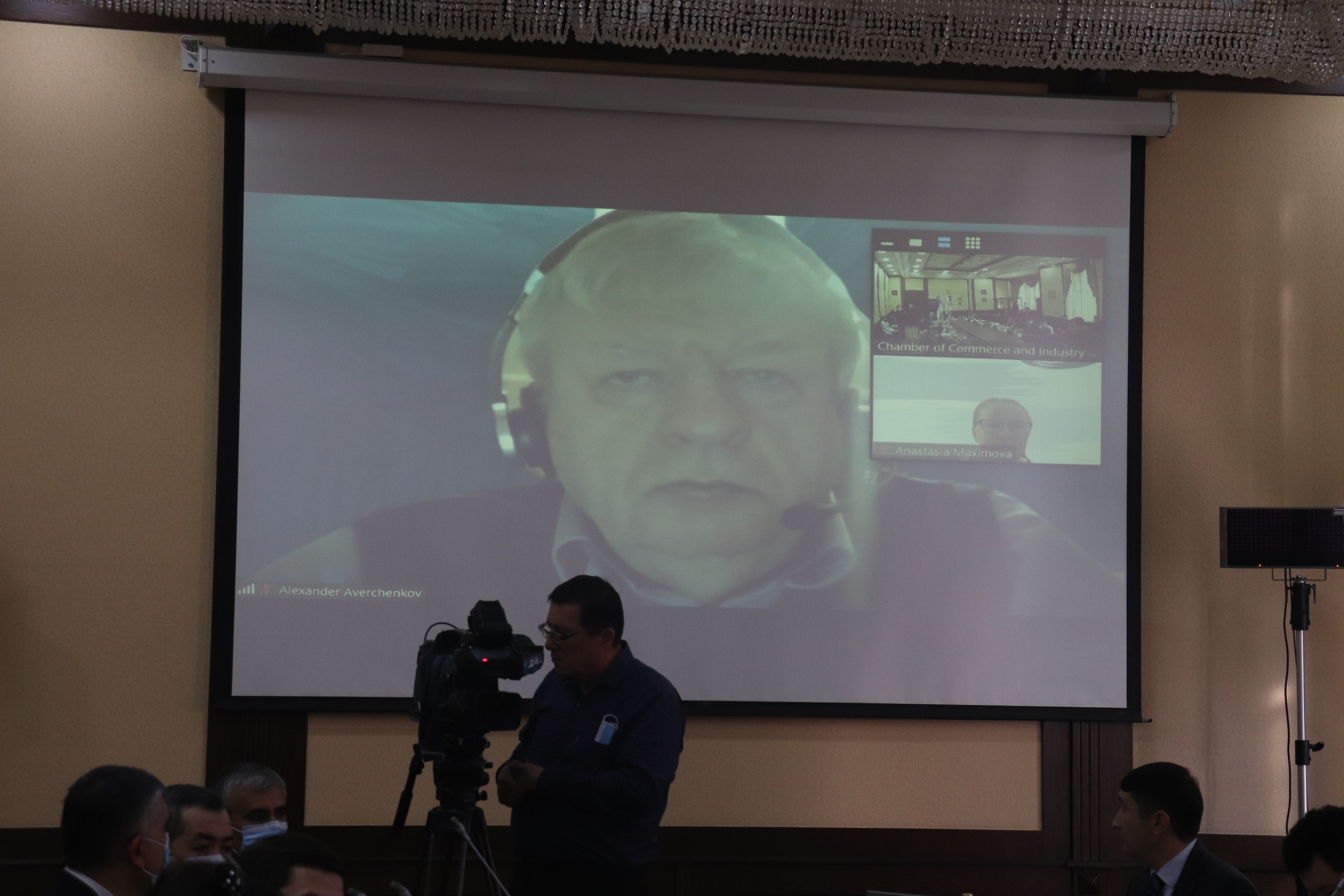 Sarvar Abdullaev, a professor at INHA University in Tashkent, spoke about the development of agrometeorological stations and "smart" pheromone traps in his detailed speech. Umidjon Abdujalilov, a representative of the Plant Quarantine and Protection Agency, focused on the work carried out in conjunction with a project to create and implement a system of agrometeorological forecasting and information support for farmers in the Fergana Valley at the regional offices of the Agency in the Fergana Valley.

Also during the meeting, a video of the project was demonstrated, where the participants could clearly see and hear the opinion of partners and beneficiaries of the project on the results achieved.

The meeting ended with a discussion and exchange of views of the participants, who noted that the project had achieved its objectives and could be considered successfully completed.