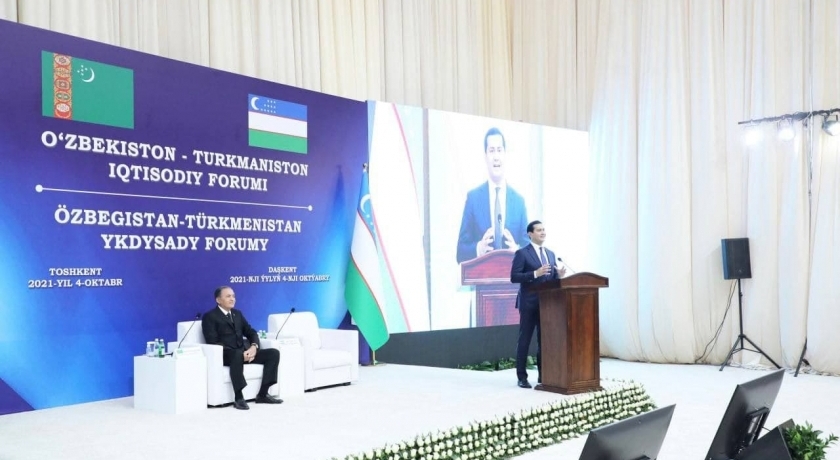 On 4 October, on the eve of the visit of the President of Turkmenistan to the Republic of Uzbekistan the Uzbek-Turkmen Economic Forum was held in Tashkent. 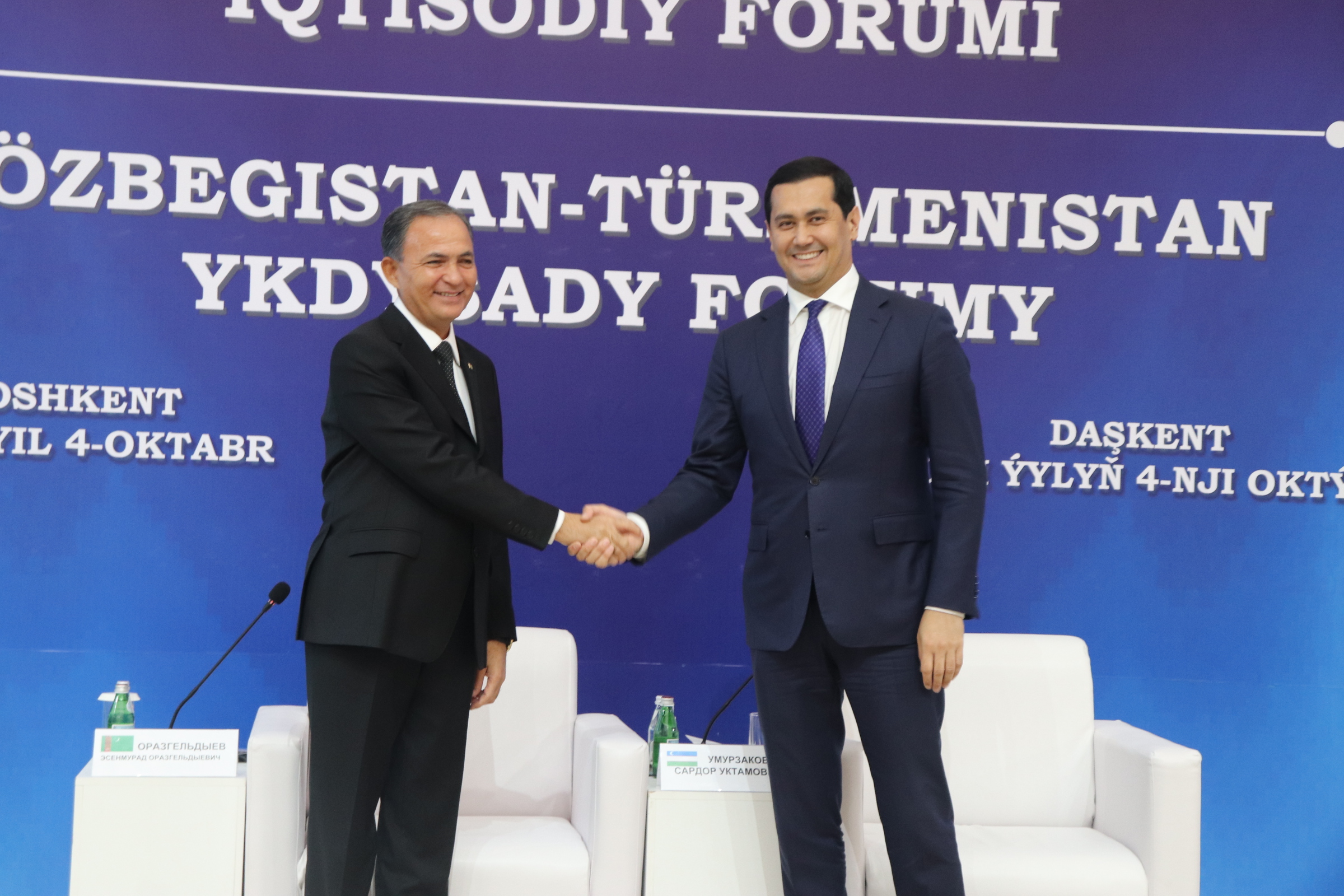 The event was also attended by the heads of key ministries, departments, industry associations, chambers of commerce and industry, as well as manufacturers and entrepreneurs of the two countries - more than 100 people in total. 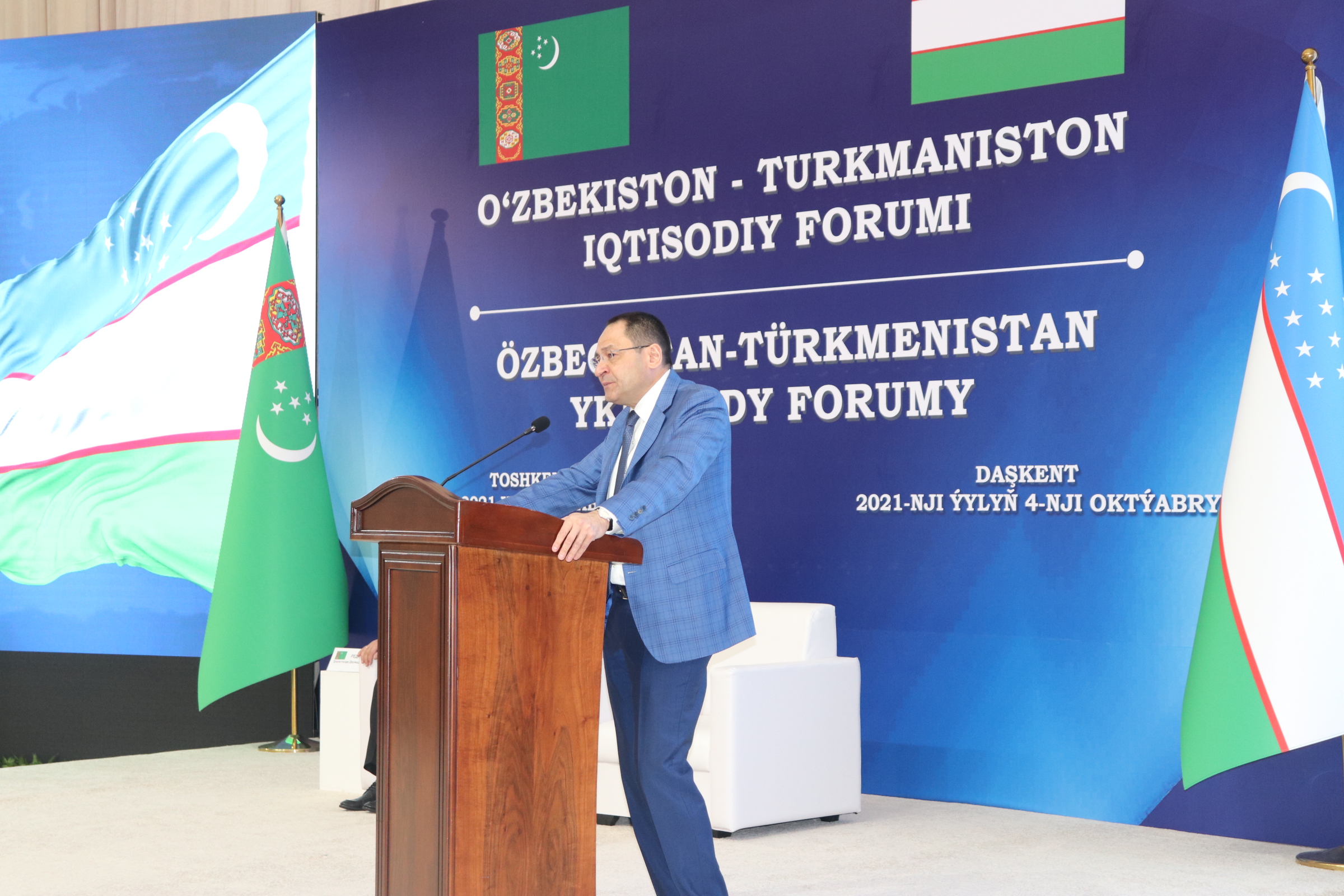 During the speeches, the heads of the delegations of the two countries noted the dynamic nature of the development of the Uzbek-Turkmen economic partnership, achieved thanks to the efforts of the Heads of the two states. Over the past few years, the trade turnover between the two countries has grown 3 times and continues to rise steadily. Even despite the negative impact of the pandemic on the economy, in the first 8 months of this year, the volume of mutual trade showed an increase of 25% compared to the same period last year.

E.Orazgeldiyev stressed that Turkmenistan attaches priority importance to the development of bilateral cooperation in the fields of agriculture and water management, industry, energy, trade, transport and environmental protection. Prospects for intensifying cooperation in the fields of industrial cooperation, digitalization, innovative technologies and the development of transport and logistics routes linking the two states were noted.

The Uzbek side emphasized the importance of mobilizing available resources and capabilities of the economies of the two countries for the full use of the existing untapped potential of bilateral trade, economic and investment cooperation. In this context, the importance of establishing a regular dialogue for effective joint work to create favorable conditions for establishing practical cooperation between the business circles of the two countries, bearing in mind the implementation of major investment projects and the conclusion of mutually beneficial trade agreements, was stressed. 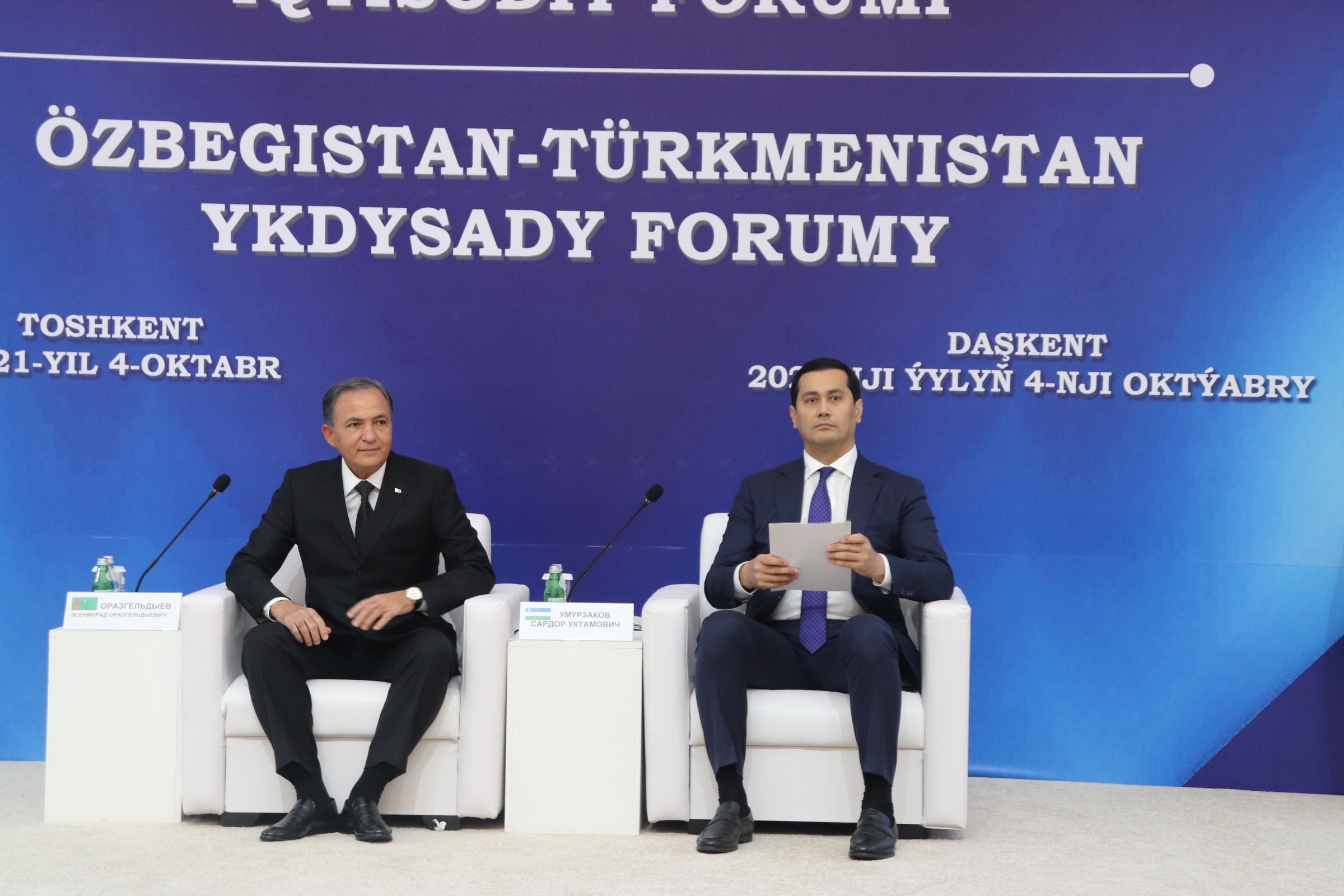 Special attention was paid to the development of industrial cooperation through the creation of joint ventures on the territory of the two countries and the formation of continuous value chains, taking into account the comparative advantages of the economies of Uzbekistan and Turkmenistan. The success achieved in this direction in such areas as automotive, electrical, leather and footwear industries, processing of agricultural products, production of construction materials and other industries was noted.

At the end of the speeches, the heads of delegations called on the forum participants to actively cooperate in order to reach firm agreements on the implementation of joint projects and trade agreements.

During the forum, presentations were held to reveal the investment, industrial and trade potential of the two countries’ various industries. Also, participants of the event had an opportunity to visit the industry exhibition "MadeInUzbekistan", where they could visually familiarize themselves with the products of Uzbek manufacturers. In addition, entrepreneurs of the two countries held a number of B2B meetings, during which they discussed the possibilities of establishing business cooperation and implementing specific projects in promising areas. 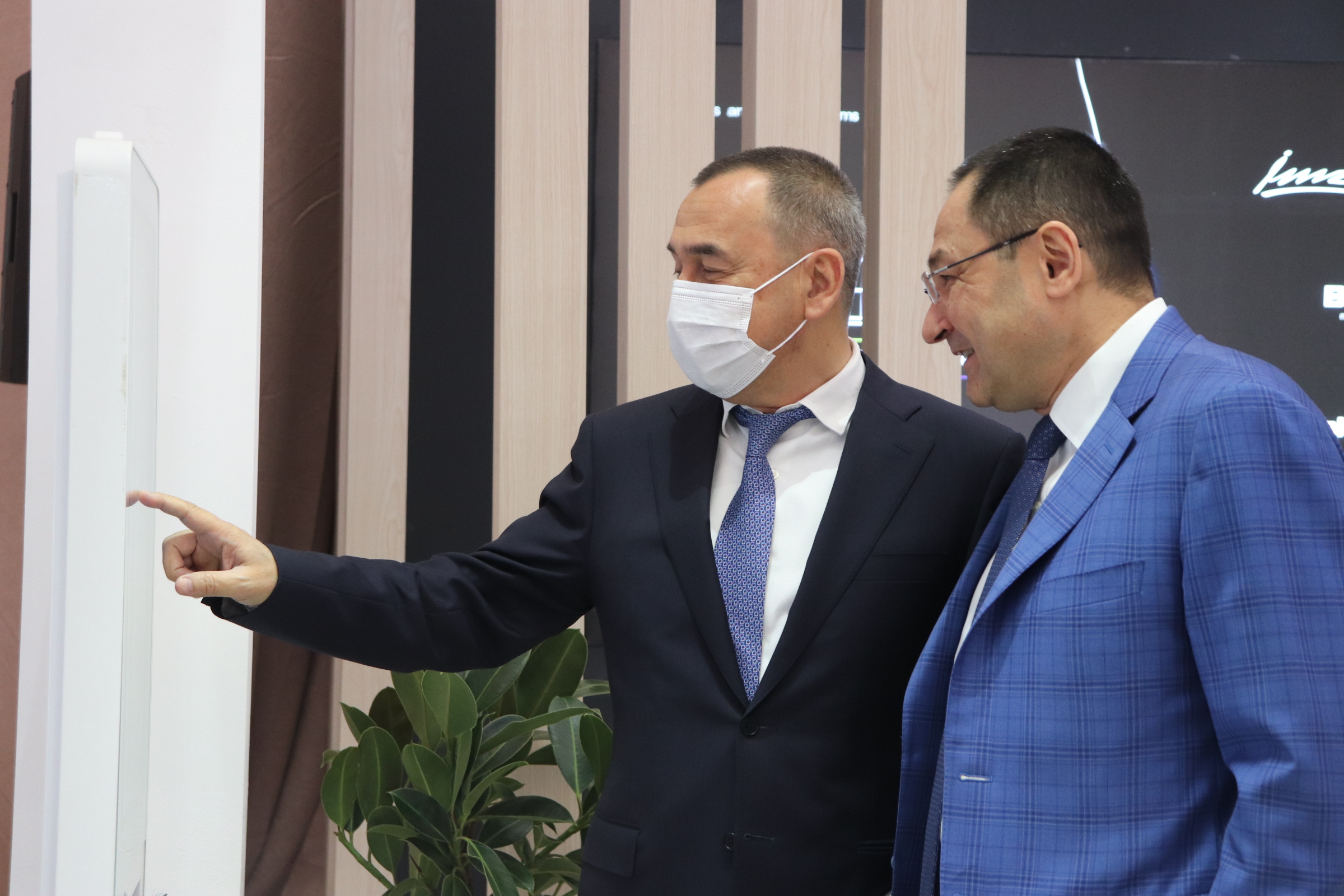 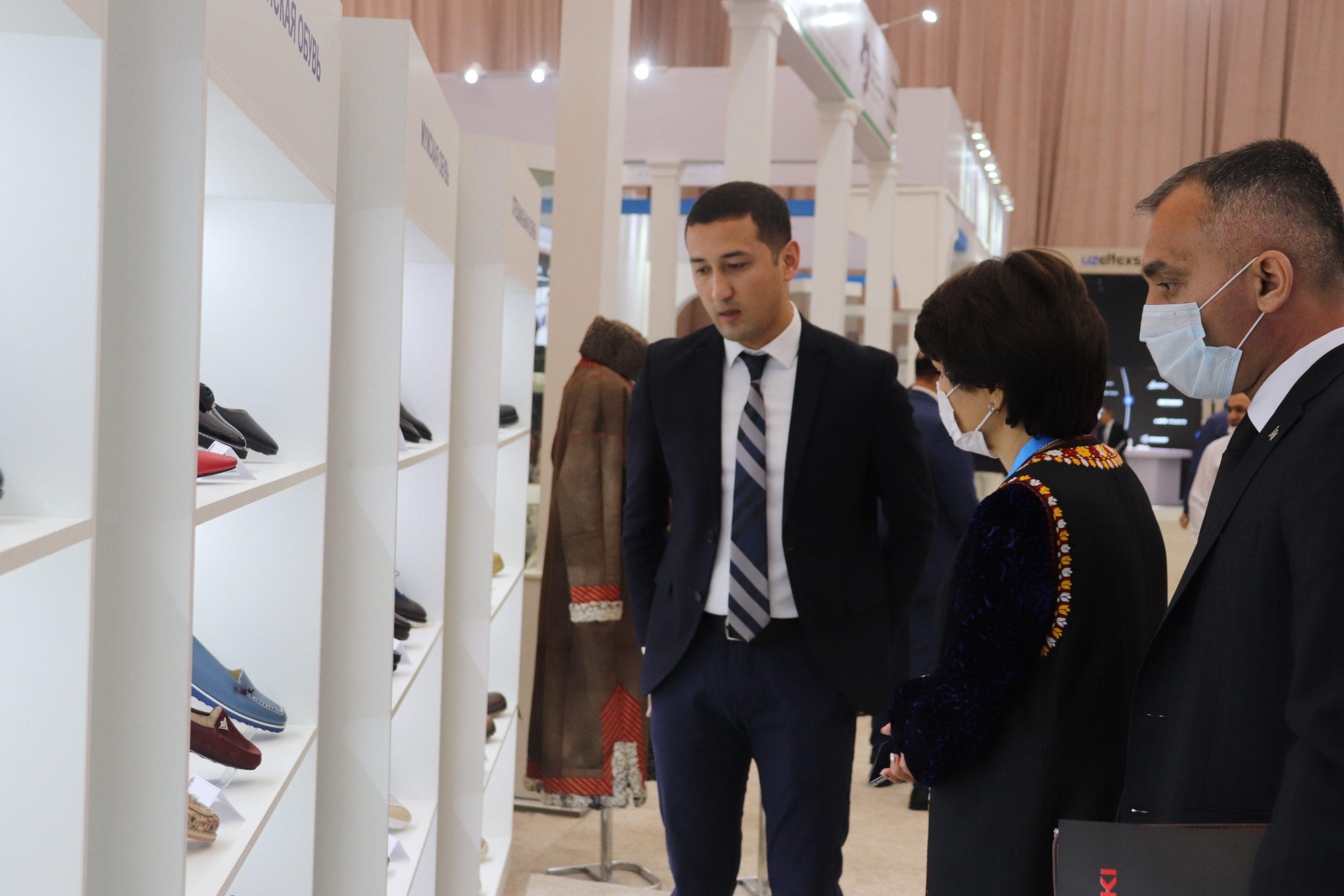 As a result of the forum a number of investment agreements and trade contracts were signed in the fields of agriculture, chemicals, textiles, electrical engineering, leather and footwear, food and pharmaceuticals, winemaking, automotive and construction materials. 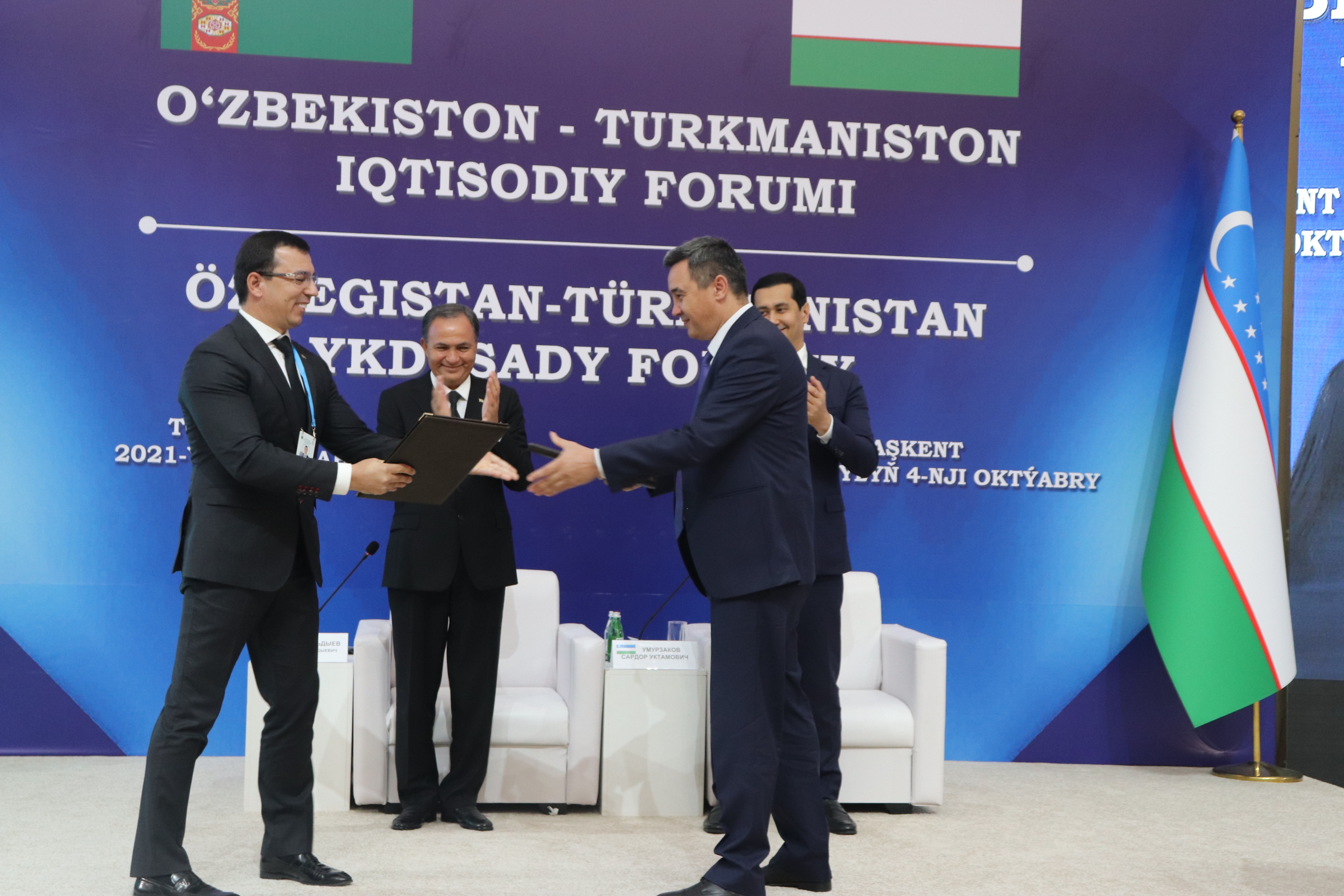