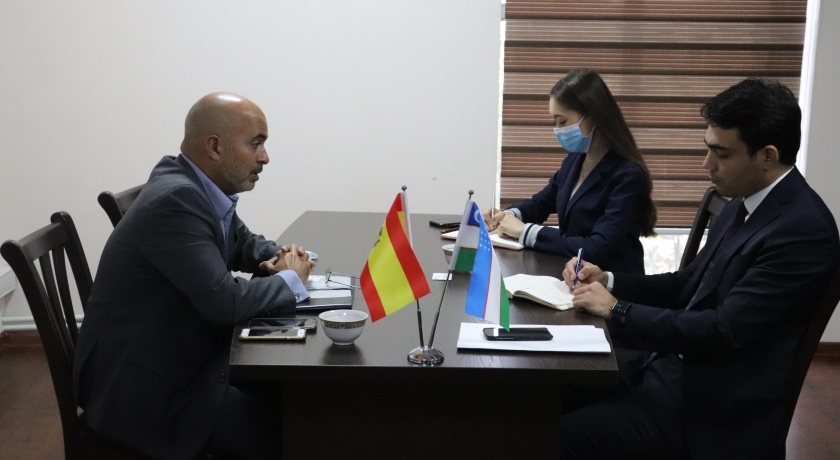 At the beginning of the meeting, the Uzbek side provided information on the ongoing reforms in the Republic of Uzbekistan, on the opportunities provided to representatives of medium and small businesses, as well as on the need to promote Uzbek products to the Spanish market.

It is worth noting that in the framework of GSP + programme Uzbekistan received opportunity to export goods to EU without additional customs duties, excise tax and payments, which opens huge export potential for Uzbek producers. In this regard, Uzbekistan closely cooperates with EU countries through the export of textile and agricultural products.

In turn, Hector Rodriguez noted that the Uzbek market is a priority for the Spanish economy. He also focused on the need to attract foreign investors to Uzbekistan, to participate in tenders and open joint ventures.

Following the meeting, the parties exchanged views on the need to increase trade between the countries, as well as on the prospects for cooperation in order to organize business events between business representatives of the two countries.