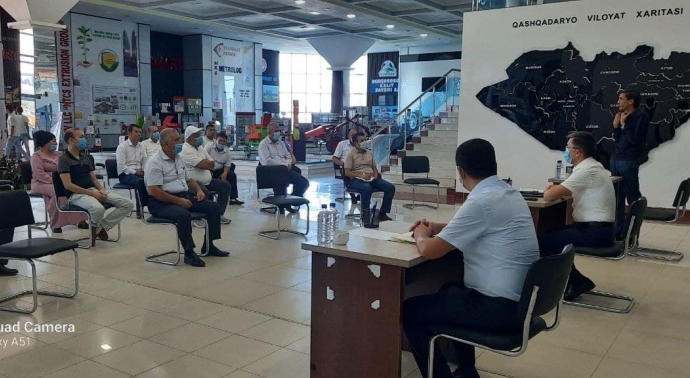 Seminar was organized to inform business entities about changes in the field of judicial law and legislation.

On August 12, the Kashkadarya Regional Branch of the Chamber of Commerce and Industry, together with the Karshi Inter-District Economic Court, organized a seminar to inform business entities about changes in judicial law and legislation.

The seminar provided participants with information and insights into innovations and changes to the Courts Act passed by the Legislative Chamber on June 15, 2021.

It was attended by the deputy head of the regional chapter, the chairman of the Karshi Interdistrict Economic Court, judges of the interdistrict economic court and current businessmen in the region.

Speakers at the seminar talked about changes in the new law.

As regards judicial reform, it is important to note that in the recent past Uzbekistan has successfully met the challenge of forming a unified judicial system.

The legal foundations of the system of independence and legal guarantees for judges are enshrined in the Constitution of the Republic of Uzbekistan, the Law on Courts, and other legislative acts.

The status of judges, guarantees of their independence, and requirements for candidates and elected officials have been developed in accordance with international standards. The document amended the disciplinary responsibility of judges, specified the grounds and procedure for termination of judges' powers, and provided for social protection of judges.

In a word, democratization of judicial system, improvement of quality and efficiency of justice, strengthening of independence and accountability of the judiciary, in a word, reforms in this important sphere are consistently realized in our country.