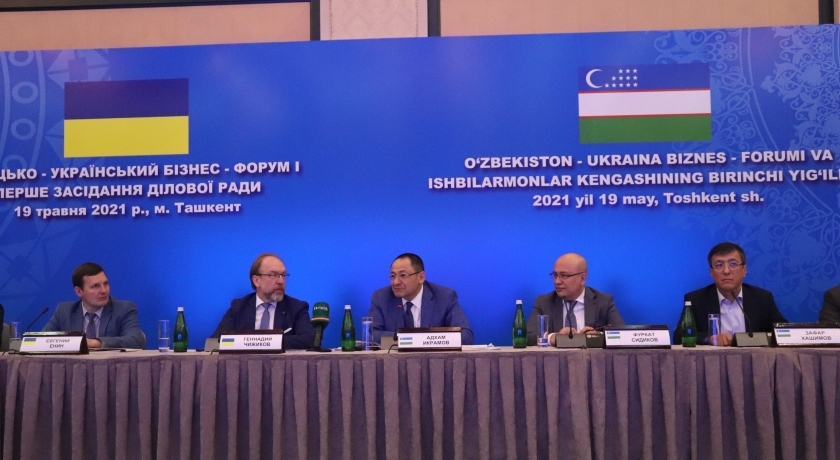 Uzbek-Ukrainian Business Council and a joint Business Forum were held

The key topic of the event was the issues of reinforcing bilateral ties between the business communities of the two countries, as a decisive factor in the further development of investment and trade-economic Uzbek-Ukrainian cooperation. 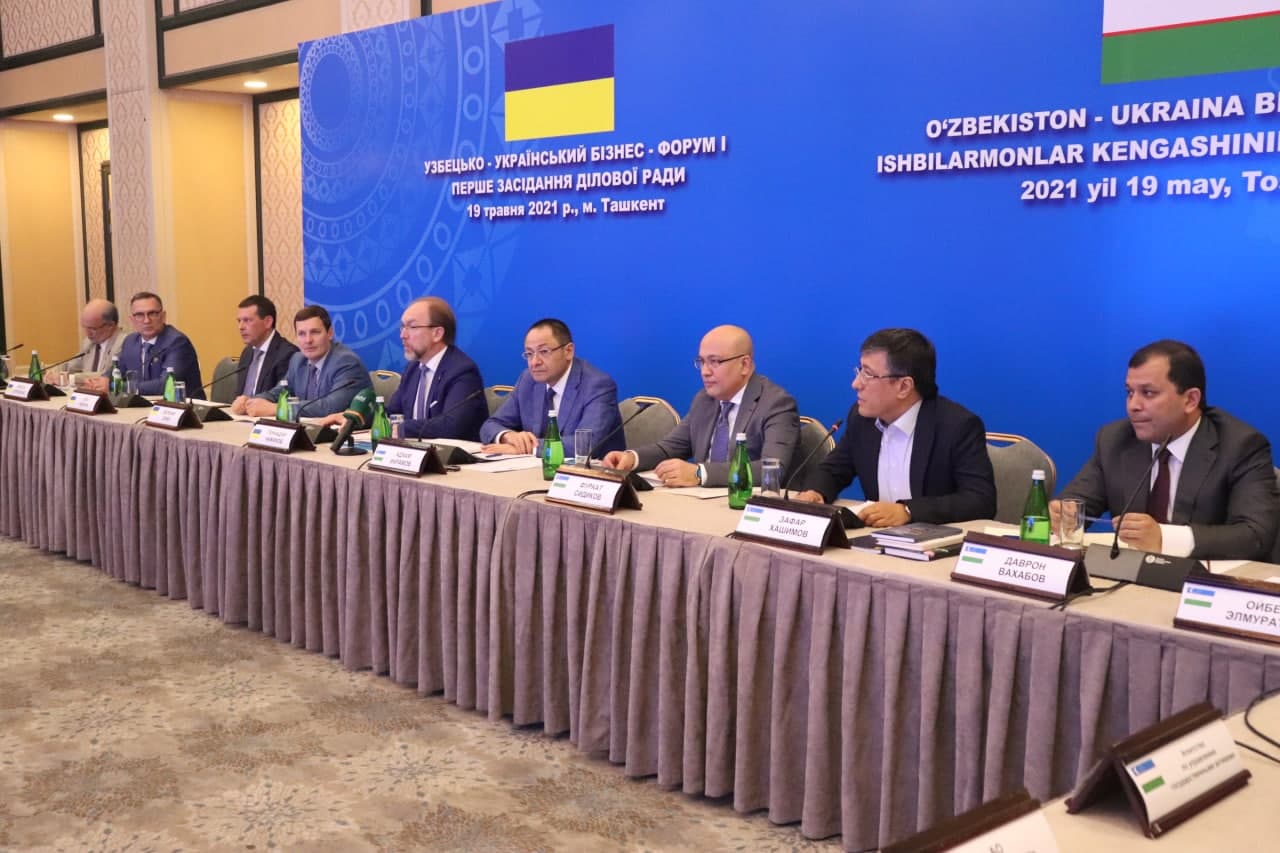 Deputy Minister of Foreign Affairs of Ukraine E. Yenin, President of the Ukrainian Chamber of Commerce and Industry G. Chizhikov, co-chairman of the Uzbek-Ukrainian Trade Committee from Ukraine O. Revchuk, as well as agents of commerce circles took part within the occasion from the Ukrainian side.

During, Deputy Minister’s speech of Foreign Affairs of Ukraine E. Yenin noted that trade and economic ties and cooperation between the two countries are developing despite the pandemic. Moreover, he also expressed confidence that the activities of this Business Council will play a key role in achieving effective results in the future, creating broad and favorable opportunities for the business community of Uzbekistan and Ukraine.

By the way, G. Chizhikov emphasized the positive motives of the development of relations between the two countries and noted that the states are paying special attention to the consistent expansion of economic partnership in priority areas for Uzbekistan and Ukraine, and also called for the intensification of interaction and cooperation between representatives of the business circles of the two countries.

During his speech, Chairman of the Chamber of Commerce and Industry of Uzbekistan A. Ikramov noted that the chambers of commerce and industry of the two nations too contribute to the development of participation between the countries. 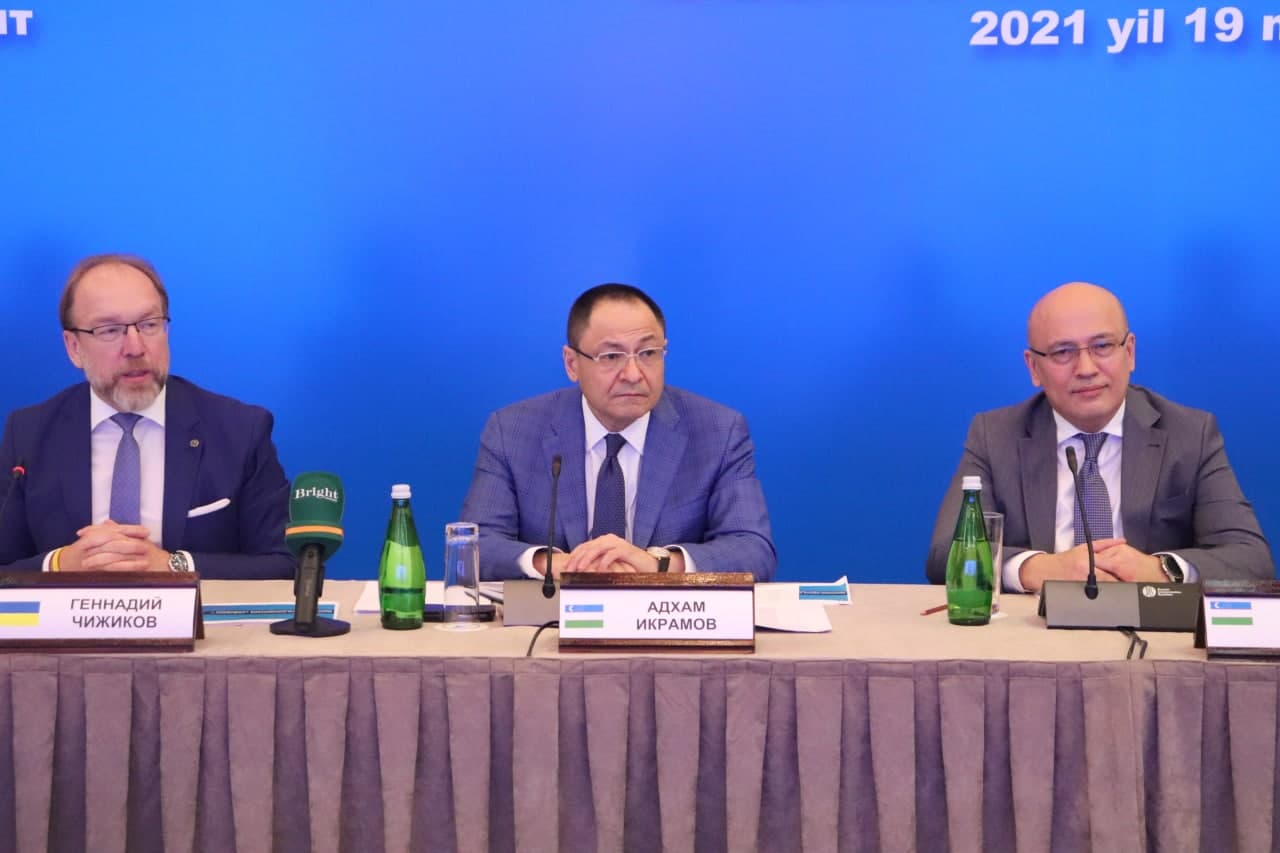 Additionally, he mentioned the fact that the Chambers of Commerce and Industry of both countries need to continue to work on establishing and deepening industrial cooperation and ensuring favorable conditions for mutual trade in goods and services.

During the Business Council, the parties confirmed their interest in building up interaction, including by promoting mutually beneficial contacts between business spheres and economic structures.

It should be noted that trade, economic and investment cooperation is an important component of bilateral relations between countries.

The co-chairman of the Uzbek-Ukrainian Business Council from the Republic of Uzbekistan Z. Khoshimov claimed about the importance of intensifying exchanges in the tourism and trade spheres.

In turn, the co-chairman of the Uzbek-Ukrainian Business Council from Ukraine O. Revchuk focused on the fact that such events allow discussing the current state of bilateral economic cooperation and exploring the existing opportunities for its intensification by working out promising joint investment projects and mutually beneficial trade agreements.

During the event, representatives of responsible ministries and departments provided detailed information on the work being done to ensure openness and increase the attractiveness of Uzbekistan for foreign investors, measures taken to create a transparent business environment, combat corruption, improve the investment climate and gradually reduce the role of the state in the economy. 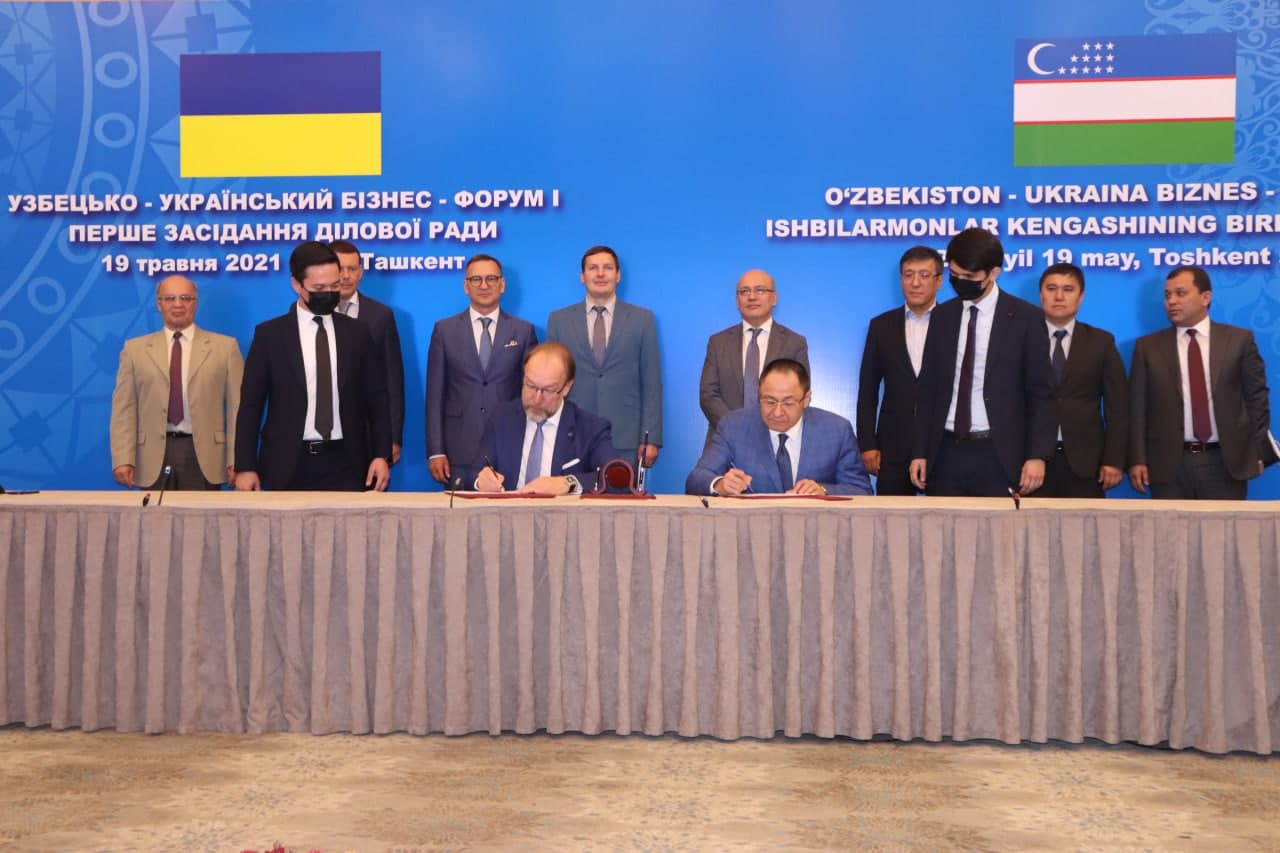 As part of these meetings between representatives of the two countries, the prospects for the further development of the Uzbek-Ukrainian trade and economic ties and the development of mutually beneficial cooperation in various industries were discussed. In particular, an exchange of views took place on enhancing partnership relations between companies of Uzbekistan and Ukraine, operating in the two countries.

An open dialogue made it possible to clearly identify areas of mutual interest for further in-depth interaction, meaning the elaboration of promising projects and agreements and to determine an effective format for interaction between the business circles of Uzbekistan and Ukraine.

In turn, the Chamber of Commerce and Industry expressed its readiness to further implement the plans in 2022. Aimed at achieving practical results in supporting the business circles of Uzbekistan and Ukraine.

On May 20, 2021, in the Samarkand region, it is planned to hold the Uzbek-Ukrainian Delegate Forum, negotiations between representatives of the business community in the B2B format, as well as a visit to an industrial enterprise in the region, where the participant could get useful information about the community's reunion.

Press service of the CCI