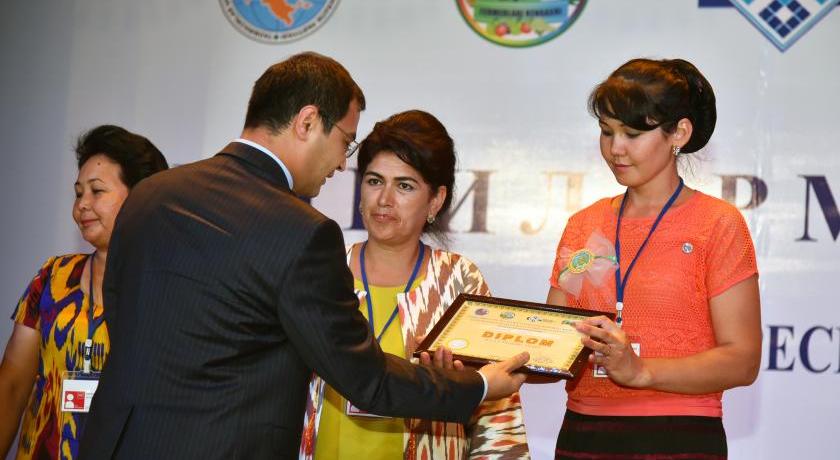 Winners of republican stage of the contest "Business Woman" identified

On July 26, 2016, the Movement of Entrepreneurs and Businessmen – the Liberal Democratic Party of Uzbekistan (UzLiDeP) and several partner organizations held a republican stage of the contest "Business woman" dedicated to the 25th anniversary of the country’s independence under the motto «My life, my destiny – my sacred homeland, my beautiful and unique Uzbekistan» in Tashkent city.

This event is important in popularizing the experience of businesswomen who have made big achievements in the area of small business and private entrepreneurship, in supporting women’s entrepreneurship and in properly encouraging their contribution to the development of the country’s economy and prosperity.

Party activists noted that in the territorial stages of this contest were attended by about 10 thousand entrepreneurs and women farmers and 56 of them were selected to participate in the republican stage of the contest.

At the exhibition participants have showed their products, especially national costumes as well as they displayed their knowledge and ability on such requirements as the creation of new jobs through setting up industrial production, the provision of services for the population, the production of export-oriented goods and active participation in the party’s events.

Concert of musicians with songs glorifying a woman, and the independence was presented at the ceremony.

At the end of the event, the winners and participants received valuable gifts from the party and the partner organizations.