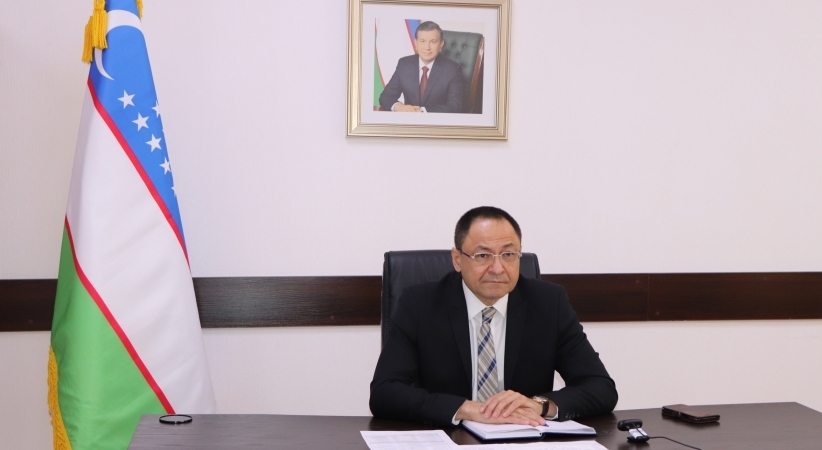 VIII meeting of the Board of Directors of the World Crafts Council of the Asia-Pacific region.

On September 11, 2020, the VIII meeting of the Board of Directors of the World Crafts Council of the Asia-Pacific region (WCC-APR) was held in the Chamber of Commerce and Industry of Uzbekistan in a video conference format.

Chairman of the World Crafts Council of the Asia-Pacific region Gada Hijavi-Kaddumi and members of the Board of Directors representing 49 countries of the Asia-Pacific region (China, India, Kuwait, Malaysia, Japan, Bangladesh, Uzbekistan, etc.) took part at the conference. Chairman of the Сhamber of Commerce and Industry of Uzbekistan Adham Ikramov was invited as a distinguished guest of the meeting. On the agenda were issues of membership, expansion of the national structure of NGOs, and approval by the Council of candidates for the positions of President and his deputies of the Council for the Asia-Pacific region for 2021-2024, and others. 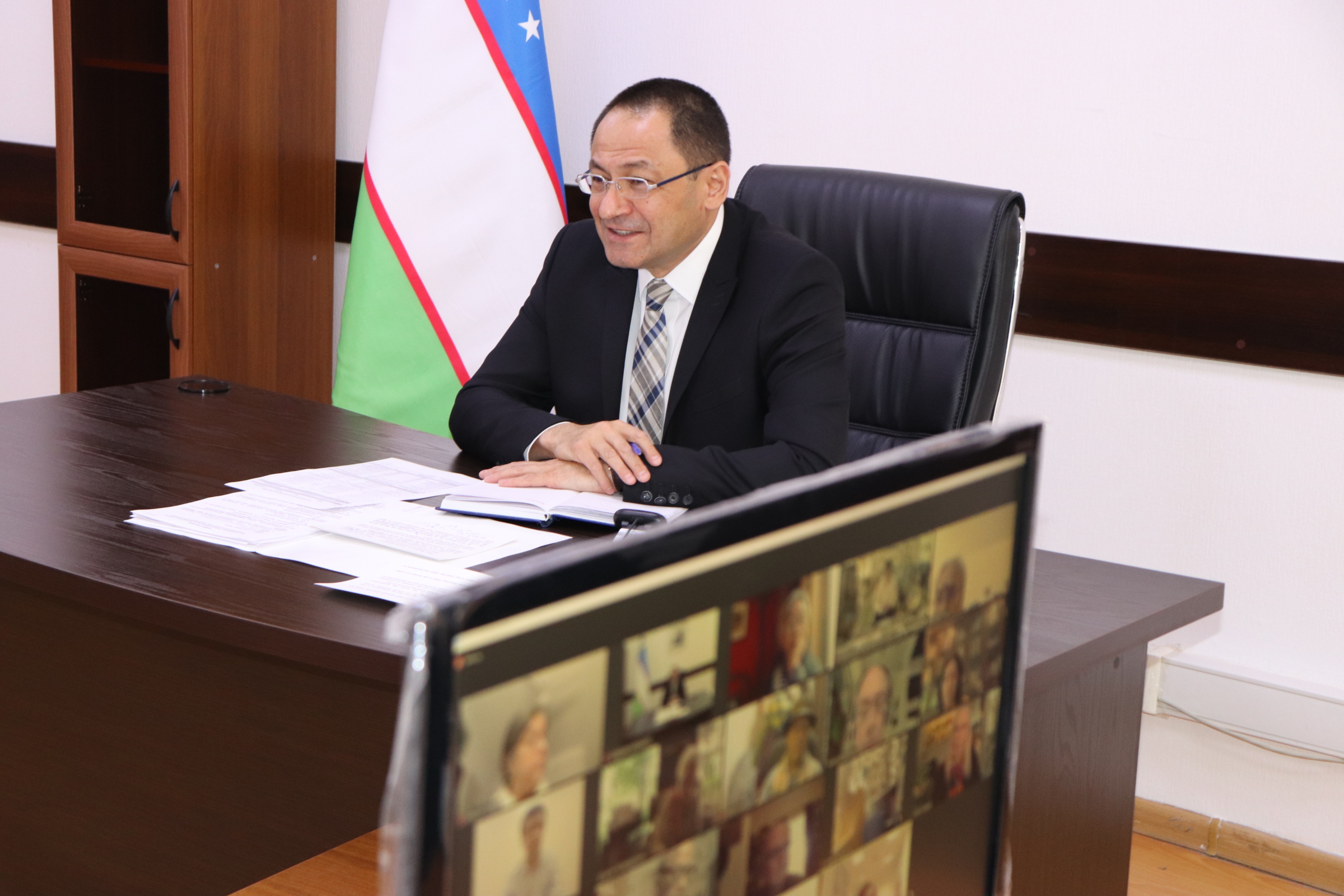 References: The World Crafts Council was founded by Mrs. Eileen O. Webb, Mrs. Margaret M. Patch, and Mrs. Kamaladevi Chattopadhyay at an international meeting at Columbia University, New York, United States of America, on June 12, 1964, to support and promote craftsmen, and today this organization is the only one that unites craftsmen around the world. WCC - is a non-governmental organization which is the part of UNESCO with Category status "A".

The World Crafts Council consists of the following five regions:

Today, the structure includes about 323 organizations, and the Association Hunarmand is also a member of it. 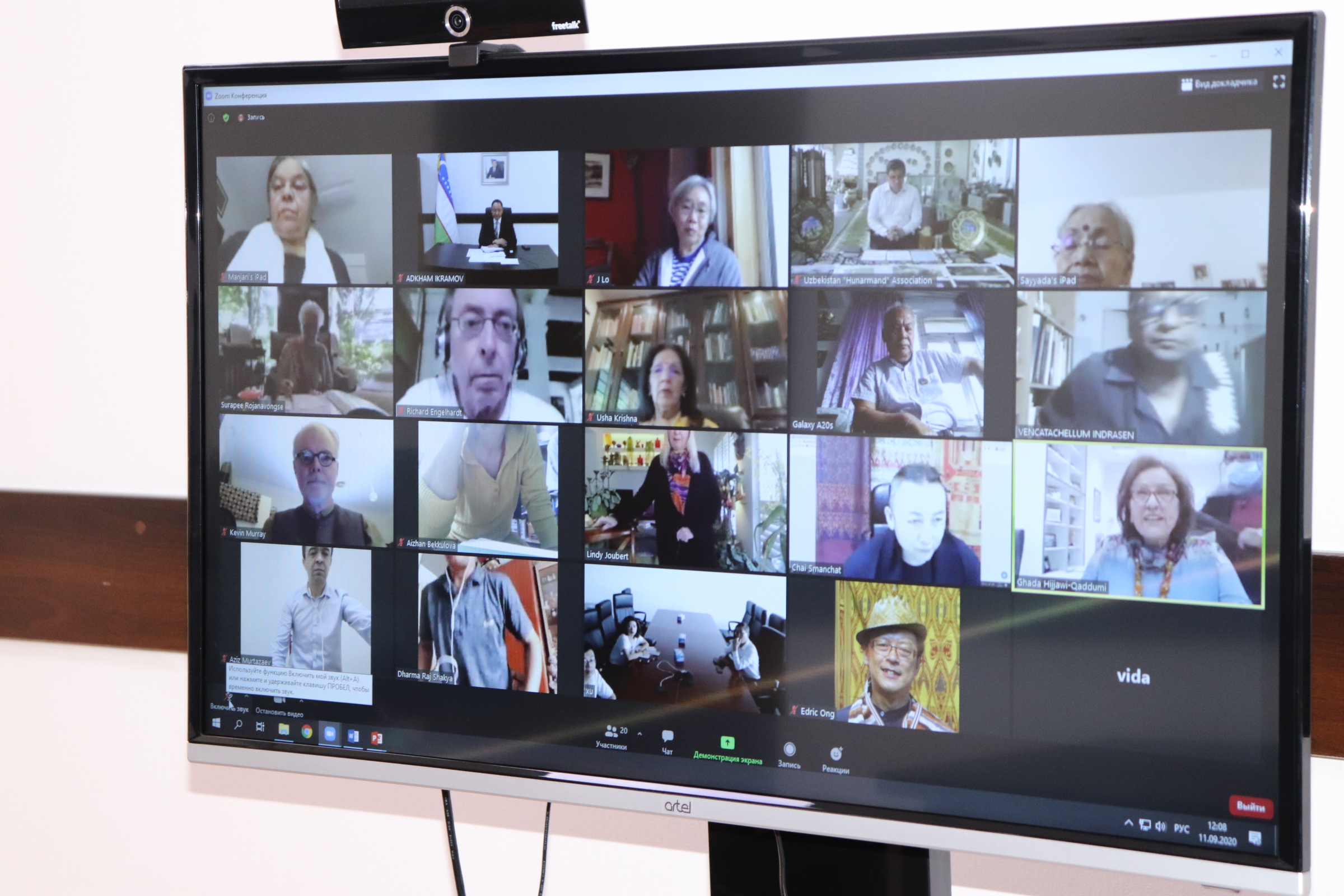 Speaking at the Meeting, the President of the World Crafts Council of Asia - Pacific region (2013-2020) Hijawi-Kaddumi noted the importance and high level of reforms initiated by the President of Uzbekistan Shavkat Mirziyoyev in supporting craftsmen, and nominated the candidacy of the Chairman of CCI of Uzbekistan A. Ikramov for the post of the President WCC-APR for the period 2021-2024, to what all Council members agreed unanimously.

Chairman of the CCI of Uzbekistan A.Ikramov expressed deep gratitude to all members of the Council, especially to Mrs. Gada Hijavi-Kaddumi for approving Uzbekistan as a nominee for the presidency of the WCC-APR for the term 2021-2024.

During the event, by the Uzbek side was proposed holding the 38th session of the WCC-APR General Assembly in December of this year in the format of videoconference.

In the presentation of Uzbekistan, A.Ikramov provided detailed information about the government's ongoing reforms in Uzbekistan to support craftsmen, in particular:

- for past 3 years, more than 90 thousand employment placements have been created, and by the end of 2020, their number will be increased to 130 thousand; 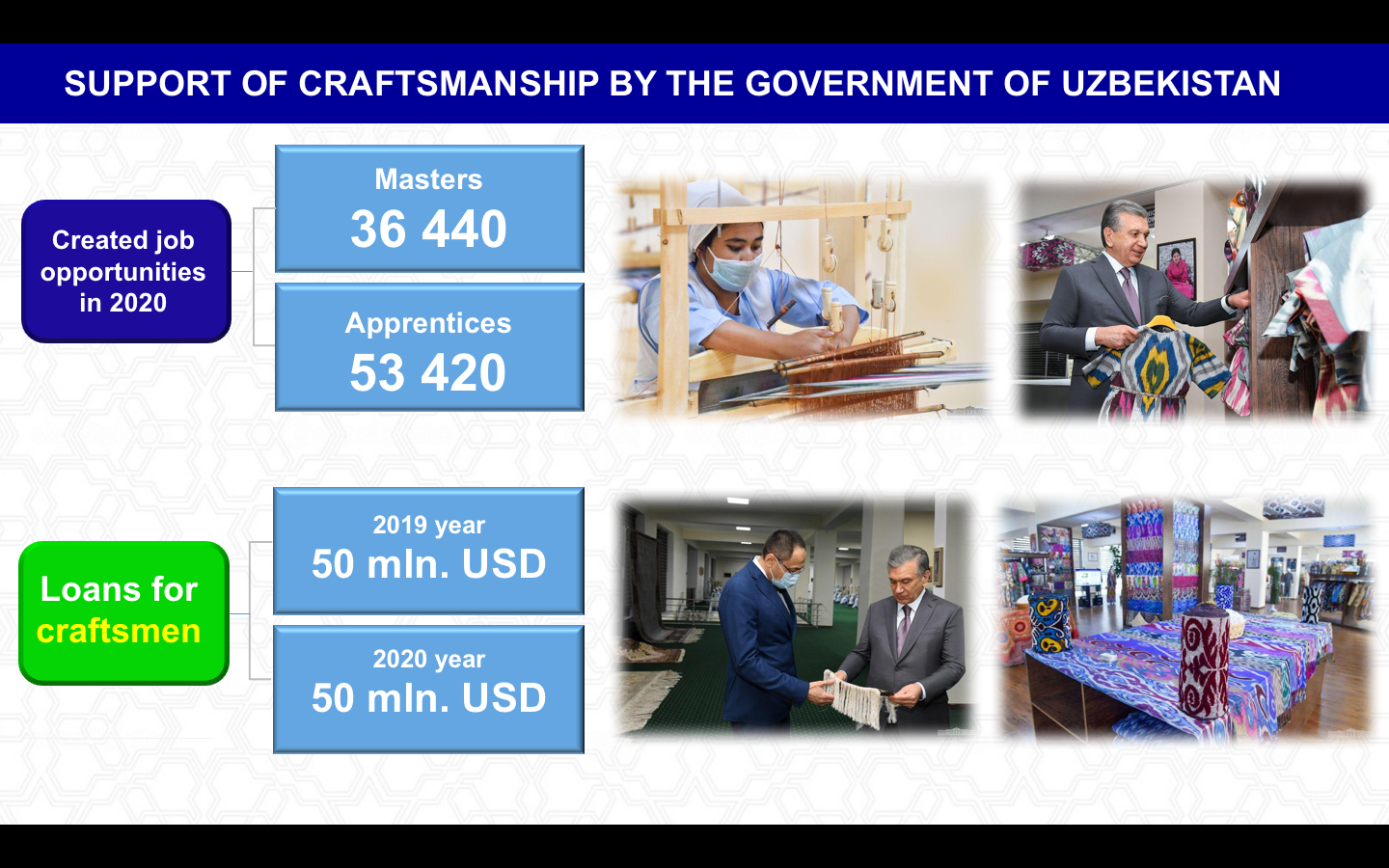 Note: 570 international craftsmen, foreign scientists and specialists, known for their scientific works and practical activities in the field of crafts, took part in the Festival from more than 80 countries. Participants from all regions of Uzbekistan, more than 2200 local masters of folk art, shared their works and master classes.

As a result of the event, the members of the Board of Directors unanimously decided to organize the 38th session of the WCC-APR General Assembly in the videoconference format. As well as within the II international festival of craftsmen in Kokand in 2021, to hold the first WCC-APR event led by Uzbekistan.