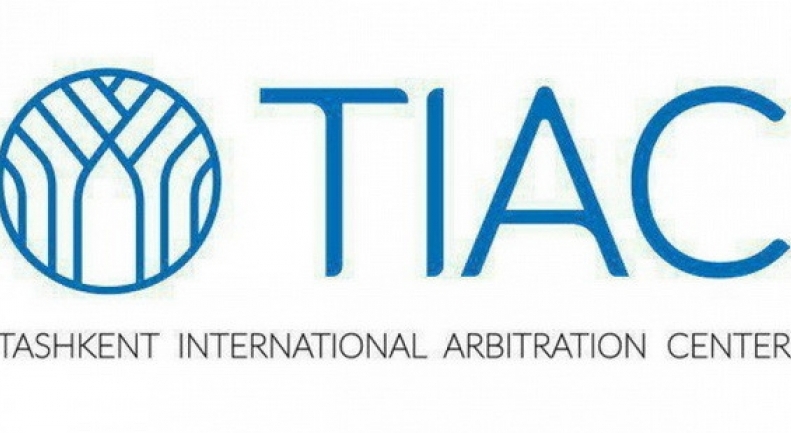 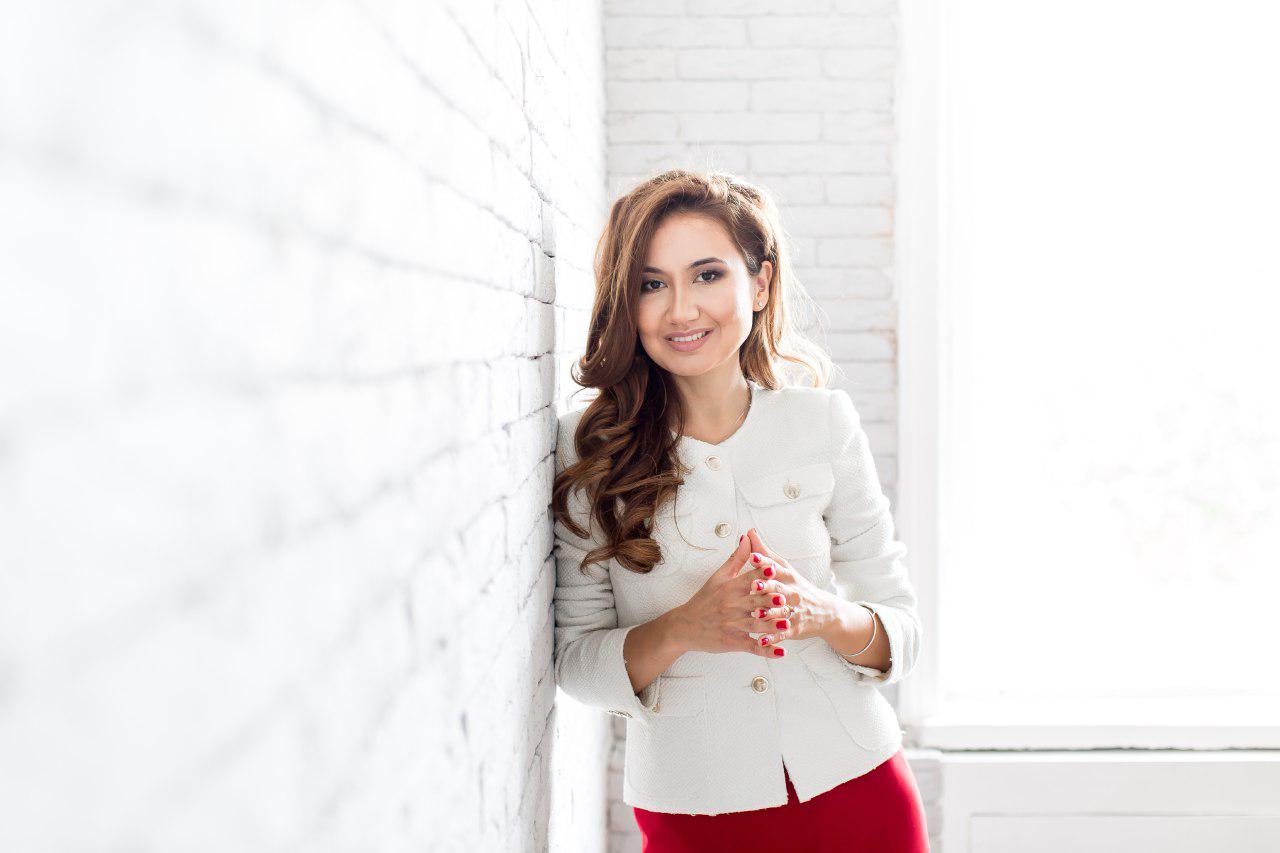 I have been practising international arbitration as counsel and as arbitrator for about a decade in various jurisdictions. Gaining such experience of working with various parties and institutions has been incredibly valuable. I was appointed for the first time as a co-arbitrator in international arbitral proceedings under the DIAC Rules of Arbitration at the age of 27, and as a sole arbitrator at the age of 28. In the words of my students, these achievements remind young practitioners, and young female practitioners in particular, that everything is possible with hard work and dedication.

Being ranked as one of the fastest growing economies in the world (each by IMF, World Economic Forum, and Forbes) Uzbekistan is currently undergoing rapid transformation. Returning home at this stage in the history of the country has been an easy and an exciting decision to make!

As to the route of becoming the Director at TIAC, I believe it was the aforementioned experience, exposure to leading global arbitral institutions, combined with local Uzbek expertise, that made me a suitable candidate to assist with the arbitration reforms in the country and to head its first international arbitration center. I take that appointment with great responsibility and view this as an important task in delivering access to justice for potential users of ADR mechanisms not only locally, but also globally due to Uzbekistan’s strategic location in the heart of Central Asia and the involvement in large-scale projects, including those of the Belt and Road Initiative (“BRI”).

TIAC is an international arbitration centre, whose aim is to primarily deliver ADR services to the users with interests in the CIS region.

We are a neutral and independent arbitral institution that is not financed by any government, corporation or any other individual or organization, including the Chamber of Commerce of Industry of Uzbekistan. This puts us in a very unique position when it comes to impartiality and independence in our decision-making. We have gone possibly further than we needed to go, by introducing a very strict rule to avoid any conflict of interest, even the most far-fetched, wherein no member of the TIAC Court can be appointed by both the TIAC Court and the parties to act as arbitrators under the TIAC Rules. The same rule applies to myself as the Director as well as to other staff at TIAC.

Last but not least, despite being possibly the youngest arbitral institution in the world, we are already administering eight cases with foreign element, out of which four have a nexus to China. In these cases, the TIAC Court has already exercised its powers under Article 9.1 (Constitution of the Tribunal) and Article 21.1 (Jurisdiction of the Tribunal). We are currently waiting for the parties to nominate the arbitrators, and in case the parties fail to agree within the time limit, the TIAC Court may exercise its exclusive powers under Article 9.3 of the TIAC Rules. The decision-making by the TIAC Court is conducted through video or audio conference sessions on roughly 15th day of the month, they are being recorded and those practitioners that are interested to learn more about how the discussions and the deliberations are held may join the sessions as observers subject to the execution of relevant Non-Disclosure Agreements.

Absolutely, I have just returned from the TIAC’s roadshow in China, where we visited Beijing, Shanghai and Shenzhen, met with the representatives of the largest Chinese companies, prominent legal and arbitration practitioners, academics and senior judges. We are beyond grateful to Mr. Wei Sun, our Supervisory Board Member from China, for playing an indispensable role in all our activities in China and the roadshow.

During our meetings with the leading arbitral institutions during the Belt and Road Arbitration Institutions Roundtable Forum held in Beijing on 5 November 2019, we have verbalized once again our belief that users would benefit if institutions collaborate and provide to each other local expertise and all possible facilities, and that we stand ready to do all what it takes to address the needs of our users, including those coming from the BRI.

Routinely virtually all arbitral institutions refer to cost effectiveness as one of their features, and it is a key feature of arbitration in general. However, I think arbitration practitioners would agree, if I say that arbitration is becoming increasingly expensive and not cost effective. What do we mean by cost effectiveness at TIAC? TIAC is possibly the only international arbitration centre, which doesn’t charge its users an administrative fee. Obviously, we also don’t restrict the users in terms of seat selection. In fact, we encourage them to use other jurisdictions as the seat if that is more relevant to their dispute. By selecting to arbitrate under the TIAC Rules, users are also given the chance to choose the method of compensation of their arbitrators, i.e., it can be based on ad valorem method of compensation or based on an hourly rate. Our Panel of Arbitrators is composed of prominent arbitrators that work with other leading arbitral institutions, such as the ICC Court of Arbitration, the Arbitration Institute of the Stockholm Chamber of Commerce, China International Economic and Trade Commission, the Singapore International Arbitration Centre, the Dubai International Arbitration Centre and others. With all of this in mind, we wanted to ensure that our users save on costs and not compromise on quality of arbitrators and the service.

Uzbekistan is willing to become an UNCITRAL model law country, which is an important milestone in fostering its position as a favorable seat for international arbitral proceedings. It is also very important to note as not everyone knows about it, the statistics of the enforcement of foreign arbitral awards under the New York Convention by the local Uzbek courts has been incredibly good, with only one foreign arbitral award being rejected over the past 3 years (2015-2017) on procedural grounds.1) Even prior to Uzbekistan’s endeavors of becoming an UNCITRAL model law jurisdiction, the Supreme Court of Uzbekistan has maintained the position2) that it has no powers to review the foreign arbitral awards on substantive grounds. Along with other Central Asian states and in light of the BRI, the region offers a lot of untapped potential for various infrastructure and construction projects, which are considered to be two of the main areas, where arbitration is preferred for the resolution of the disputes between the parties. With the growth of importance of arbitration as a means of delivering access to justice, in particular for investors and aforementioned users, we see that this trend will continue to grow.

As a young arbitral institution, it is critically important for us to educate the local and foreign legal community about TIAC in general and the benefits of arbitrating under the TIAC Rules. Also, the events that we held and participated this year, which include the TIAC launch during Paris Arbitration Week in April, participation in the Hong Kong Arbitration Week in October and the Chinese Arbitration Week this month, the roadshows in Uzbekistan and China, the conference of the English Law Society and other seminars and round tables, have helped us establish important links with the legal community locally and abroad and educate them about TIAC’s operational framework. We will continue working hard in this direction to raise awareness among legal practitioners regionally and internationally.

I am of the opinion that the concept behind the international commercial courts is fantastic, and at the same time it might take some time for the Hague Judgments Convention (or the Convention of 2 July 2019 on the Recognition and Enforcement of Foreign Judgments in Civil or Commercial Matters) to catch up with status of the New York Convention. I also think that arbitration takes the load off the court judges and ensures that users are given the opportunity to select the best of the best in the niche sector or the field, in which their dispute has arisen, and such option may not be necessarily available for the users of international commercial courts.

We are definitely thrilled to be holding the first international Nikonov Tech Moot Court competition. Notably, the competition will be held in collaboration with arbitration practitioners connected with Silicon Valley, which would give the students and future practitioners important insights into the problems faced by arbitrators and counsels in the field of technology and educate them about growing importance of the technology and IP. This, we think, will also assist us in building the strong foundation for the administration of disputes in the field of technology, including blockchain, cybersecurity and matters related to artificial intelligence.

The logic behind conclusion of these cooperation agreements is primarily the exchange of expertise in case administration and recommendation of leading arbitrators. We also deem it important to foster collaboration to develop TIAC Award Checklists and expertise on matters related to enforcement of TIAC awards in the jurisdictions, where those arbitral institutions are based.