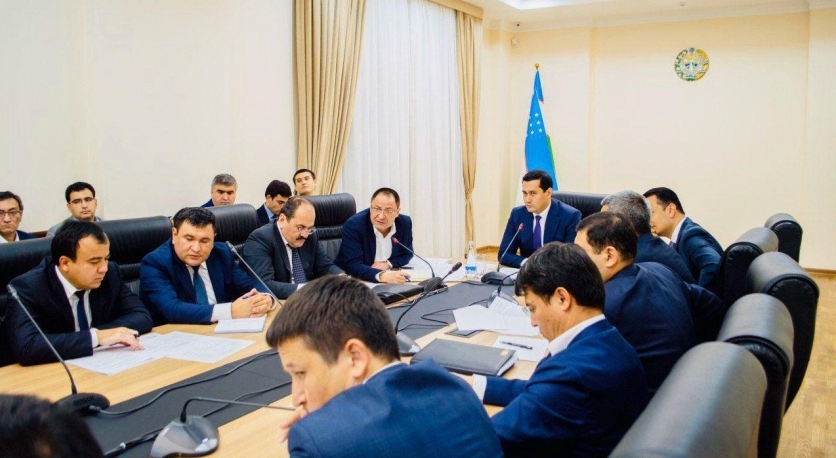 On October 8 of this year, under the leadership of the Minister of Investments and Foreign Trade S. Umurzakov, a meeting was held in the form of a videoconference, in which the heads of ministries, departments, commercial banks, heads of regions, the Republic of Karakalpakstan and the city of Tashkent, responsible for the investment sphere, as well as Extraordinary and Plenipotentiary Ambassador of the Republic of Uzbekistan in Azerbaijan Sh. Fayziev.

In the meeting there was discussed the preparation of a top-level visit to the Republic of Azerbaijan on October 14-15 of this year to participate in the 7th summit of the Cooperation Council of Turkic-speaking states.

This event, against the background of its scale and importance for strengthening a wide range of relations between the Council member countries, is at the same time an excellent platform for deepening economic partnerships and launching new joint initiatives. In this context, the meeting participants examined the possibilities for expanding investment and trade -economic cooperation of Uzbekistan and Azerbaijan. A detailed analysis revealed and worked out a number of already implemented projects, as well as a significant potential for expanding the field of interaction with Azerbaijani partners to cover new promising areas. It was noted that the high interest of potential partners from Azerbaijan and the complementarity of the economies of the two countries open a wide horizon for the implementation of joint projects in the investment, trade and economic spheres.

To intensify the work, a proposal was put forward and supported to organize trips of the heads of ministries, departments and commercial banks to Azerbaijan to work closely and discuss new opportunities for cooperation with investors and counterparties.