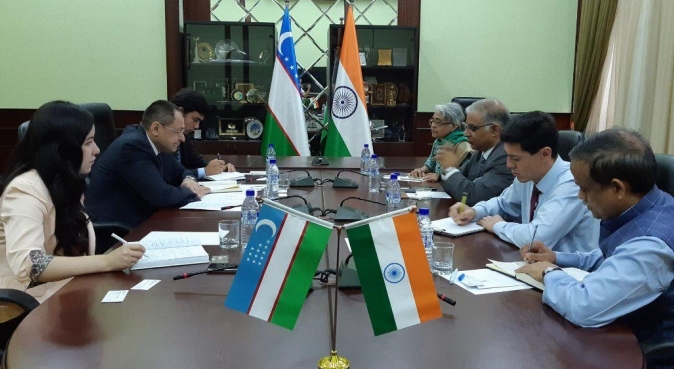 On September 19 this year, a meeting was held at the Chamber of Commerce and Industry of Uzbekistan with Ambassador Extraordinary and Plenipotentiary of India to Uzbekistan Santosh Jah, during which issues and prospects of trade, economic and investment cooperation between the two countries were discussed.

During the negotiations, practical aspects of the Indian side’s participation in joint investment projects implemented in Uzbekistan were also discussed, new potential areas for joint work were identified.

Following the meeting, an agreement was reached to organize a business forum and business negotiations between entrepreneurs of the two countries in mid-October of this year. in Andijan, Bukhara, Samarkand regions and the city of Tashkent.