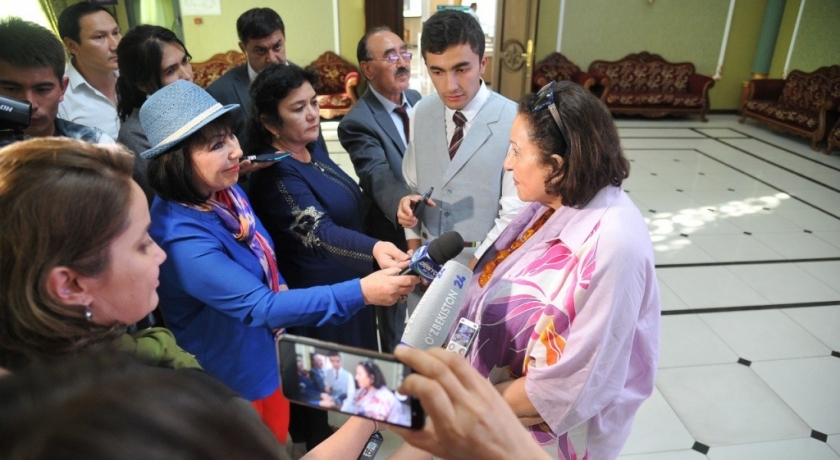 Close cooperation with the World Crafts Council has been established within the framework of development of national handicraft in Uzbekistan. The World Crafts Council was founded in 1964 as a non-governmental, and non-profit organization to maintain, strengthen, and ensure the status of crafts as a vital part of cultural life, and to promote the human values of the crafts and a sense of fellowship among the craftspeople around the world. The World Crafts Council is the only body setup to support the aspiration of the world’s craftspeople, whether in maintaining honorable inherited traditions, or in extending frontiers by experiment and innovation.

This year, Hunarmand Republican Association joined the organization. Over the past period, together with the council, measures have been taken to assign Kokand the status of World City of Artisans. Members of the Commission visited the city’s national handicraft schools and directly became familiar with their activities. It was decided to give Kokand this honorary status.

Ghada Hijjawi-Qaddumi got acquainted with preparations for the festival carried out on Urda Square, examined the pavilions of artisans, talked with artisans who arrived from different parts of the country. She also visited the press center, where became familiar with conditions created for media workers.