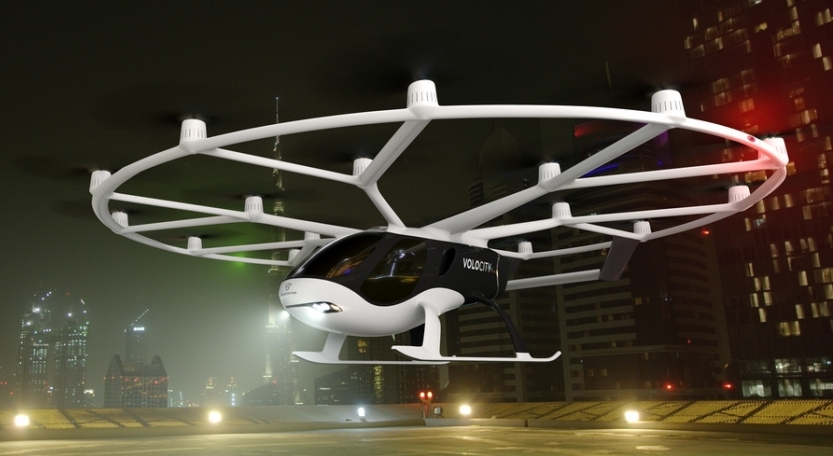 Volocopter, the pioneer in Urban Air Mobility, presented the design for its newest air taxi model: VoloCity. This will be the fourth-generation electrical take-off and landing aircraft (eVTOL) by the German Urban Air Mobility developer. The VoloCity has been designed to meet the safety standards specified by the European Aviation Safety Agency (SC-VTOL category enhanced) and incorporates user feedback as well as test data from all previous Volocopter generations. With a calculated range of 35 km and airspeed of 110 km/h, the VoloCity is designed to serve as an on-demand inner-city air taxi.

The learnings of over 1,000 test flights on previous Volocopter generations and market research with several hundred potential customers have informed the design and technical specifications of the VoloCity.  The result is an aircraft with visible improvements that still stays true to the well-known Volocopter technical and safety features: 18 rotors, redundancy in all critical systems, a low noise signature and a rigid commitment to the inner-city mission.