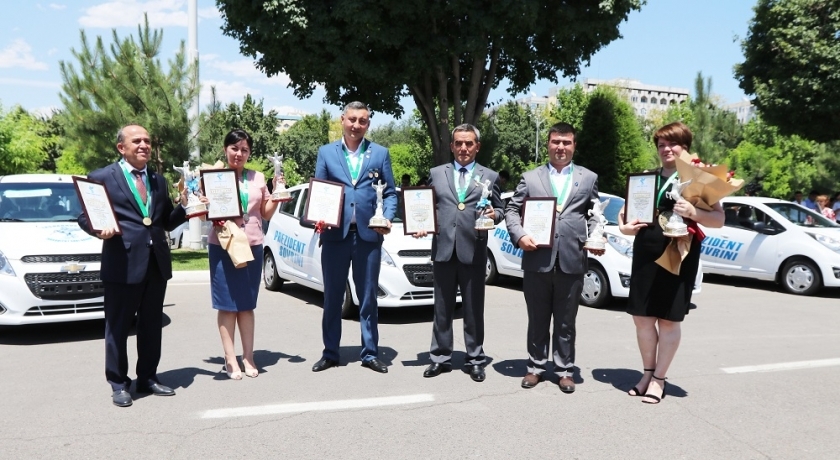 The winners of contest “Tashabbus-2019” for the prize of the President of Uzbekistan announced.

The competition, held annually by the Chamber of Commerce and Industry, the Farmers Council of Uzbekistan and the Hunarmand Association, together with a number of ministries and departments, contributes to supporting small businesses, private entrepreneurship and the farmers movement, and preserving and further developing the traditions of national handicrafts. The winners of the Karakalpakstan, regional and Tashkent city stages took part in the republican stage.

Speaking at the opening ceremony, Chairman of the Chamber of Commerce and Industry of Uzbekistan Adham Ikramov, Chairman of the Council of Farmers, Dehkan Farms and Homeowners, Aktam Khayitov, Chairman of the Association "Hunarmand" Ulugbek Abdullayev and others noted that measures aimed at full support and encouragement of business entities, one of the most important promising areas in the fundamental structural transformation of the national economy, the creation in the shortest possible time of new sectors, modernization of production, the formation of a modern market infrastructure, give practical results.

Small business is quickly adapting to market changes, it is an important factor in ensuring the sustainability of the country’s economy, the growth of household income, and the creation of new jobs. In the conditions of growing competition, small business and private entrepreneurship make a huge contribution to ensuring the progressive development of the national economy, increasing the well-being of our people.

The winners of the contest are:

“The Best Entrepreneur of the Year in the Production Sphere” - Nafis Tex Gpoup LLC, Namangan

"The best farmer of the year - the farm" Mehnat Farovon Hayet "

The winners of the main nominations were awarded the President’s prize — the Spark car; the second and third place holders — cash prizes; and the winners of special nominations — valuable gifts. The winners can participate in international contests, fairs and seminars, undergo training abroad in their field of activity.

The awarding ceremony for the winners and prize-winners of the Tashabbus-2019 review contest ended with a concert of art masters and young performers.