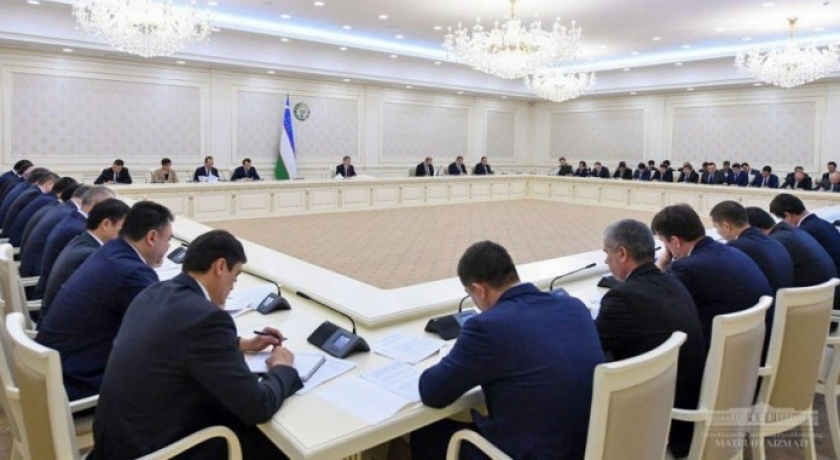 Objectives of increasing exports in industries and regions are defined.

On February 6, a meeting dedicated to the most important tasks of increasing exports in industries and regions was held under the chairmanship of the President of the Republic of Uzbekistan Shavkat Mirziyoyev.

The meeting was attended by the Prime Minister and his deputies, heads of ministries and agencies, as well as the leadership of the Republic of Karakalpakstan, the city of Tashkent and regions, representatives of large companies and ambassadors via videoconferencing.

Export is an important factor in stability of the economy. A sharp increase in exports is the only way to increase foreign exchange reserves.

As a result of measures taken in the country on facilitating and supporting export activities last year, the volume of exports amounted to 14 billion 258 million USD and increased by 13.6 percent.

Over the past two years, the export geography has expanded to 50 countries and has covered 140 countries. 120 new products have been exported. The share of finished products in the export structure amounted to 56 percent, regional industrial exports grew by almost 1.7 times.

However, the country’s export potential is still not fully used.

At the meeting, the President noted the need for diversifying the structure of exports, bringing the share of non-primary products to at least 60 percent. To this end, instructions were given on development of the national export strategy of the Republic of Uzbekistan for 2019-2025.

This strategy will have to cover issues of transferring public services to exporters completely in electronic form, their financial support, entering the Doing Business rating among the 50 countries with the highest rates of foreign trade. Based on foreign experience, Uzbekistan Exporters Assembly will be organized to coordinate activities of exporters and provide them with comprehensive assistance.