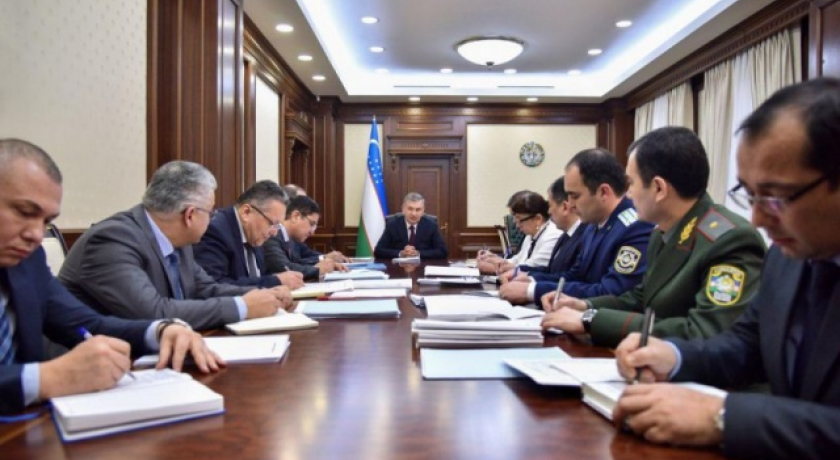 On January 29, the President of the Republic of Uzbekistan Shavkat Mirziyoyev held a meeting on the analysis of effectiveness of measures taken in Uzbekistan to improve monetary policy and foreign trade.

On January 29, the President of the Republic of Uzbekistan Shavkat Mirziyoyev held a meeting on the analysis of effectiveness of measures taken in Uzbekistan to improve monetary policy and foreign trade.

At the meeting it was noted that limitations and problems associated with free purchase and sale of currency, which were a serious obstacle to development of the economy and activities of entrepreneurs were eliminated in Uzbekistan. If before, when there was a requirement for mandatory sale of export earnings part, the use of foreign exchange earnings from exports in the domestic market amounted to 30 percent, then after the cancellation of such conditions, this figure reached 61 percent.

As a result, organizations became able to purchase necessary raw materials and equipment for them, provide current and investment needs. Last year, the volume of industrial production grew by 14.4 percent, export earnings by 19 percent, the volume of currency sold by exporters to banks increased 1.9 times.

This, in turn, helps to attract foreign investment in the economy of the country, organization of competitive industries, increase export potential.

The Head of the state in the Address to the Oliy Majlis of December 28, 2018 noted the consistent continuation of liberalization of the foreign exchange market, implementation of stable monetary policy among the important tasks in the economy.

Measures in this direction were discussed at the meeting. Instructions were given on the rational use of foreign exchange reserves, development of specific strategies for managing them.

The need was noted for optimizing the structure of gold reserves, the use of securities, including highly liquid assets, taking into account international experience.

The most optimal way of increasing foreign exchange earnings and gold reserves is to increase export potential. In this regard, the export forecast for the current year is determined in an amount 1.3 times higher than last year’s figures.

It was noted that some economic entities have arrears in export earnings.

The Cabinet of Ministers, the Central Bank, the Ministry of Economy and Industry have been instructed to develop and ensure implementation of specific measures on reducing overdue receivables in the context of each business association.