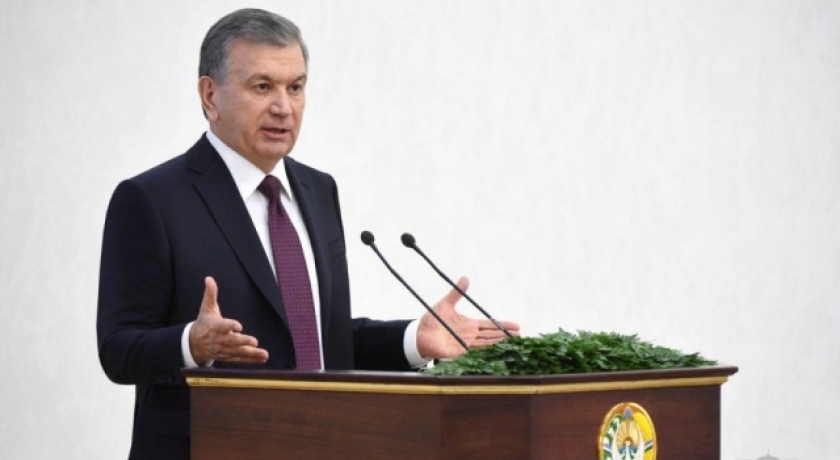 A new system will be organized for expanding the scale of investment projects.

At the meeting that was held on January 8 under the chairmanship of President Shavkat Mirziyoyev, it was noted that from now on a new system will be organized for expanding the scale of projects involving foreign direct investment in the regions and industries, establishing strict control over their implementation.

In accordance with it, at the first stage, khokims of regions, visiting once a week one district or city, having established interaction with ambassadors, organize work on attracting foreign direct investment. In the same way, industry leaders visit one region once a week and, together with local enterprises, organize activity for accelerating implementation of existing and formation of additional investment projects. If necessary, train local executives and entrepreneurs in development of investment projects. The Prime Minister and his deputy, with participation of ambassadors, regularly discuss the state of using foreign investments attracted to regions and industries. According to the results, remuneration or punishment measures in the form of withholding 50 percent of wages will be taken against khokims and industry leaders.

Heads of republican agencies assigned to the regions, together with regional khokims and ambassadors, studying the state of implementation of projects involving foreign direct investment in each district (city), take concrete measures on their acceleration, as well as develop proposals on additional projects and attract foreign investors.

At the second stage, the State Investment Committee of the Republic of Uzbekistan summarizes proposals on investment projects received from the regions and industries, evaluates their effectiveness and forms a single electronic online database.

At the third stage, the Ministry of Foreign Affairs, ambassadors assigned to the regions attract foreign investors to projects included in the single electronic database.

At the fourth stage, the Cabinet of Ministers takes measures on concluding relevant agreements with foreign investors on implementation of selected promising projects and approves roadmaps for taking control over their implementation.

– The most important thing is to locate investment projects correctly. The only requirement of investors is the availability of necessary infrastructure where the project is expected to be implemented. Therefore, a resolution of the President was recently adopted for improving the process of urbanization in our country. If to attract investors to where there is a convenient infrastructure, we can achieve a systematic development of the industry. Where there is industry, there will be jobs and incomes, housing and social facilities will be built, towns will appear, – said Shavkat Mirziyoyev.