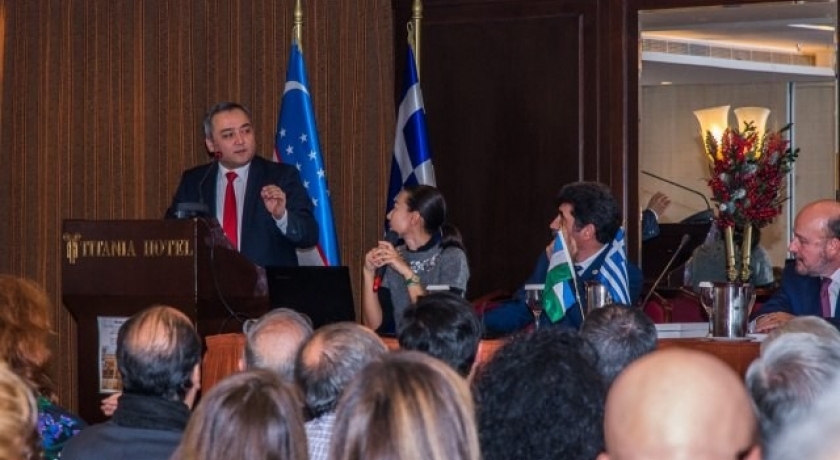 According to the Tourism Development Committee, on January 21, Global Visa Center World outsourcing company of Greece will launch a visa center in Tashkent to provide Uzbekistan citizens with services for obtaining Schengen visas for entry into Greece. More than 200 people from among the representatives of Greece travel companies, state and public organizations, and the Greece mass media took part in the presentation.

At the event, the Consulate General presented information about Uzbekistan, the tourism industry of the country. Guests of the presentation became familiar with measures taken by the country’s leadership on accelerated development of economic and tourism spheres in Uzbekistan.

It was noted that opening of the Visa Center of Greece will give additional impetus to relations between the countries both in tourism and in business development.

Global Visa Center World’s CEO and Vice President Dimitris Platis noted that the government of Greece, considering Uzbekistan as one of the main countries in Central Asia, decided to open a Greece Visa Center in Tashkent, which would undoubtedly promote the development of bilateral cooperation.