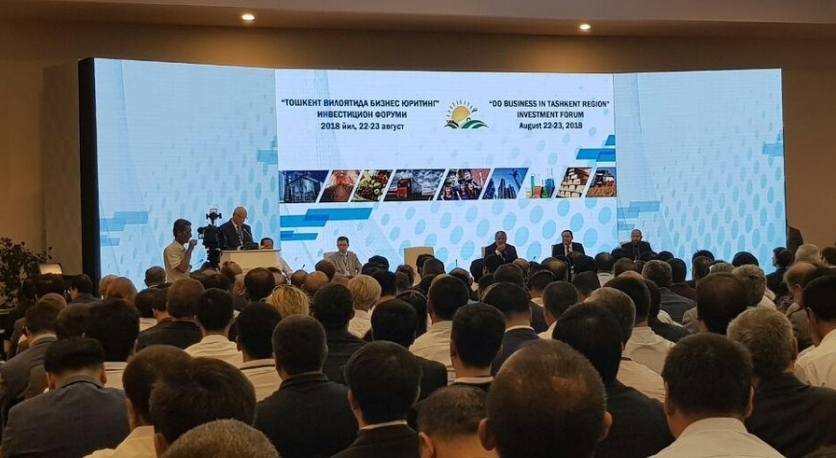 "Do business in Tashkent region"

In "Uzexpocenter" there was an international business forum on the theme "Do business in Tashkent region".

The result was the signing of 10 memorandums between the enterprises of China, South Korea and Japan for the implementation of various projects in the region for the amount of about $ 250 million.

About 500 people took part in the forum, including representatives of business from Iran, China, Russia, Kazakhstan, Kyrgyzstan, Poland, Bulgaria, Malaysia, USA, France and other countries.

Within the framework of the event there was an exhibition where the products produced in the Tashkent region were presented. In addition, presentations were made of the region's economic, investment and tourism potential.

The Khokimiyat of the Tashkent region voiced proposals on a long-term economic strategy for the development of the region, as well as measures taken to stimulate business and investment activity.

During В2 A number of bilateral documents were signed in the meetings on the establishment of an industrial zone in a number of Chinese enterprises in the Tashkent region, the placement of new enterprises in the Angren FEZ, including in the chemical industry, the production of building materials, and the creation of clusters in the textile industry. In addition, agreements have been reached to increase the export of agricultural products to Russia.