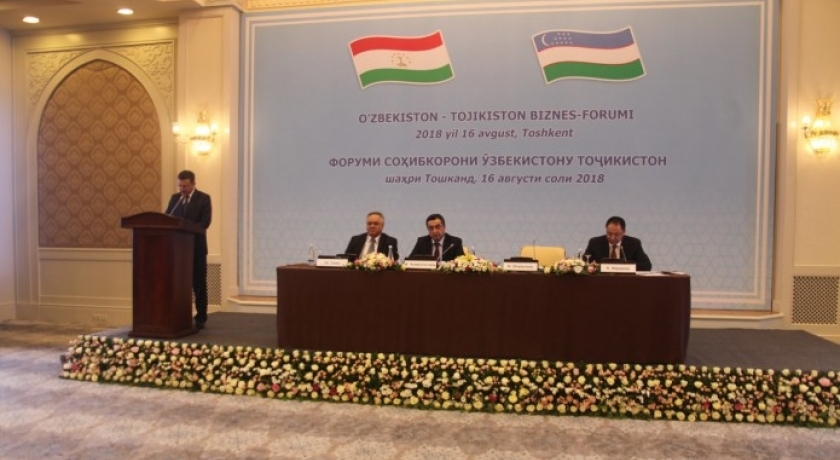 The Uzbek-Tajik business forum was held in Tashkent

The event was organized to promote the expansion of trade ties between the entrepreneurs of the two countries, as well as to promote the growth of the number of new joint ventures and the strengthening of bilateral trade and economic cooperation.

The business forum was attended by more than 400 representatives of business circles of Uzbekistan and Tajikistan, which is a clear confirmation of the growing mutual interest and mutual desire of the parties to actively develop mutually beneficial trade, economic and investment ties. 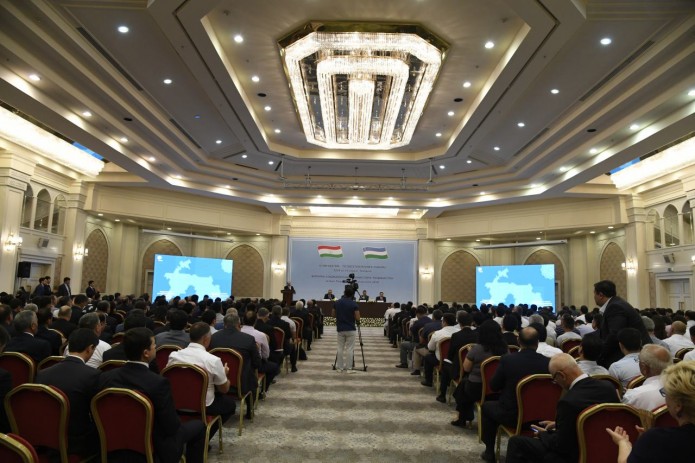 Today, thanks to the efforts of the leaders of the two countries, there is a positive trend in mutual trade. For the first half of 2018, the mutual trade turnover between Uzbekistan and Tajikistan grew by 35% and amounted to $ 160 million.

As the parties noted, despite the existing opportunities, the state of trade, economic and investment cooperation between our countries does not yet correspond to the available potential. Leaders of Uzbekistan and Tajikistan set the task to bring bilateral trade up to 500 million dollars. By 2020, through the expansion of mutual supplies of demanded products.

For this there are all the opportunities and necessary conditions: geographical proximity and open common borders, low transportation costs for deliveries and most importantly - the current free trade regime.

In addition, the Uzbek side calls on Tajik companies to actively use the mechanism of financing of trade operations, represented by Uzbek banks, to the amount of up to $ 100 million, which will make it possible to reach a turnover of 500 million dollars at a rapid pace. 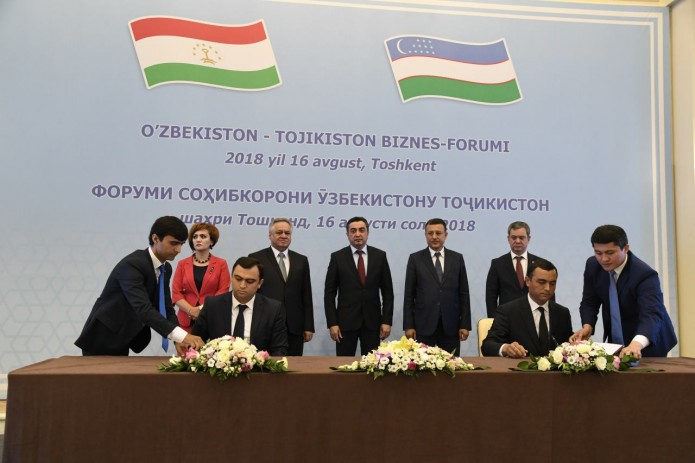 Within the framework of the business forum, 11 agreements were signed between representatives of business circles of the two countries for the amount of 103.3 million dollars. Also meetings in the B2B format are continuing, where entrepreneurs reach a number of agreements, due to which an increase in the total amount of agreements is expected.

On the same day, participants of the business forum visited the largest factories for the production of electrical engineering, textile factories and farms in Uzbekistan.

August 17-18, 2018, within the framework of the state visit of the President of the Republic of Tajikistan Emomali Rahmon to Uzbekistan, an exhibition fair of industrial products "Made in Tajikistan" will be held.