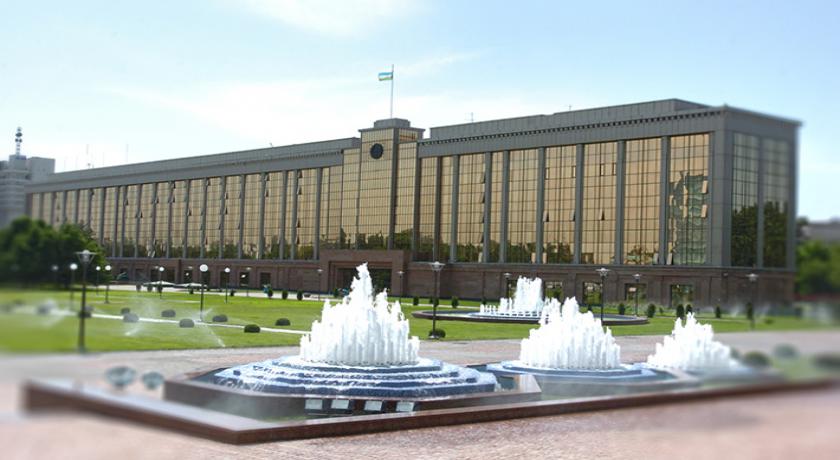 On 19 October, a session of the Cabinet of Ministers, dedicated to analysis of the results of social-economic development of the country for 9 months of this year, as well as implementation of important directions and priorities of economic program for 2015, defined by President Islam Karimov at the session of the Government on 16 January this year, took place.

Main macroeconomic indicators of country’s development and the results of carried out measures on further deepening reforms and structural transformation of the economy, modernization, technical renovation and diversification of industrial spheres, accelerated development of engineering-transport infrastructure, improving the competitiveness of the country’s economy and strengthening positions of Uzbek producers in world markets have been comprehensively discussed and analysed during the session. The issues of employment, increasing the welfare, quality of life of people has also been on the forefront of the session’s agenda.

It was noted that thanks to gradual and purposeful implementation of thoroughly elaborated strategy, based on five well-known principles and acknowledged as “the Uzbek model of development” throughout the world, macroeconomic stability and high economic growth rated are ensured in Uzbekistan despite ongoing world economic crisis. Our country is placed fifth among the countries with fastest developing economies and this has been duly acknowledged by world community and international financial institutions. Gross domestic product (GDP) of Uzbekistan grew by 8% in January-September 2015. The state budget has been executed with surplus, the inflated rate has not exceeded predicted parameters.

Increase in agricultural production amounted to 6,6 per cents. Thanks to hard work and qualifications of farmers and despite unwelcome climatic conditions, a rich agricultural harvest has been grown and collected. In new rural communities over 9,3 thousand individual houses on model design have been commissioned.

21, 4 thousand new small businesses have been established during this period, which indicates 6 per cent growth compared to last year. 17,8 thousand unused state assets have been transferred for rent to small businesses, over 9,6 trillion soums of loans and microcredit have been disbursed.

748,7 thousand new jobs have been created, of which over 451,6 thousand are in rural areas. From 1 September this year salaries of employees of budget sector, pensions, social benefits and scholarships have been increased 1,1 times.

Over 2 trillion soums were directed from all sources of financing to implement the state programme “The Year of Attention and Care of Elder Generation”.

The volume of used investments grew by 9.9% year-on-year, including foreign direct investments – 7.4%, in the reporting period.

The Government said that 3,440 new objects were commissioned. Implementation of 76 investment projects on organization of high-technological and modern production was completed.

Over 1 trillion soums were used on objects of construction and reconstruction of automobile roads, which are part of the Uzbek national highway.

Heads and managers of complexes of the Cabinet of Ministers, ministries, agencies, large enterprises and local government bodies have been tasked with concrete tasks on mobilising all available sources and reserves of growth, ensuring achievement of forecast parameters of industrial output for this year. It was noted that a new Scientific-education centre of corporate management, established by the resolution of the President, has a special role in improving management system’s efficiency.

Heads of complexes of the Cabinet of Ministers, Ministry of economy, Ministry of foreign economic relations, investments and trade have been urged to adopt a immediate action plan on accelerated organization and further effective activity of the Agency for expert assessment of feasibility studies of projects of new constructions and under reconstruction.

Despite turbulences in world markets, systemic measures on promoting export potential of economic sectors and supporting exporting enterprises allowed to keep trends of surplus in foreign trade turnover. 830 new enterprises have been newly involved in the export from the start of this year.

Head of complexes of the Cabinet of Ministers, ministries, agencies, large enterprises and khokimiyats took the floor on the issues on agenda. Based on the results of the discussion, relevant decisions with concrete measures on realization of important directions and priorites of economic program for 2015 have been adopted.