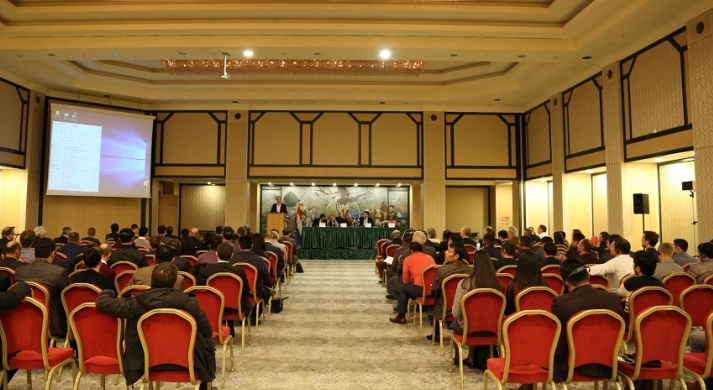 With the support of the Chamber of Commerce and Industry of Uzbekistan on March 13-14, 2018, the largest trade mission of the Kingdom of the Netherlands to the Republic of Uzbekistan was held. More than 35 leading Dutch companies from different sectors of agriculture took part in the trade mission.

The main goal of the forum is to establish close business relations between the agrarians of the Netherlands and Uzbekistan, acquaintance Uzbek farmers, companies and agricultural enterprises with modern technologies and products offered by Dutch agricultural companies. The program of the forum includes presentations by Dutch companies working in such areas as seed growing, greenhouse industry, agricultural storage technology.

Uzbekistan and the Netherlands, excellent partners in many ways. As for agriculture, both countries are rich in old traditions. A large group of companies from the Netherlands wishing to visit the Agroworld exhibition this year demonstrates that interest and readiness for business are growing at a rapid pace.

According to the Embassy of Uzbekistan in Belgium, most companies are involved in the fruit and vegetable sector, including hothouse farms and the production of potatoes. The other part of the participating companies is engaged in livestock production, in particular the production of dairy products and poultry. The agrarian sector is a priority area of the Uzbek-Dutch cooperation.

As part of the trade mission on March 14, the Uzbekistan-Netherlands Agro-Forum took place during which Dutch companies shared with their Uzbek counterpart’s information on the latest state-of-the-art technologies in such areas as seed growing, greenhouse.

More than half of the Dutch companies have already successfully implemented Dutch agricultural technologies in the countries of Central Asia and highly appreciate the potential of the Republic of Uzbekistan in agribusiness.

During the forum, the Netherlands side was acquainted with the ongoing work in the Republic of Uzbekistan on economic reform and liberalization.

The sides also noted that the countries have the potential to develop cooperation in the field of agriculture, livestock, fruit and vegetable processing.

Individual meetings (B2B) of Uzbek and Dutch businessmen took place within the framework of the Agro-Forum.

The sides exchanged their knowledge and experience with Uzbek partners and agreed to work on the development of the agricultural and fruit and vegetable sector in the Republic of Uzbekistan.

Within the framework of the event in the form of an open dialogue, participants discussed new ideas and initiatives to further strengthen the mutually beneficial and multifaceted cooperation of Uzbekistan with the Netherlands.

The Dutch agricultural sector is very productive and innovative.

The agriculture sector is characterized by a high level of mechanization.

The Netherlands is the 20th world economy and the fifth largest economy in the Eurozone. The country historically has a focus on international trade. The Netherlands managed to achieve high economic indicators due to the developed infrastructure and modern telecommunications.

The Netherlands is a transport and logistics gateway to Europe, which makes the country attractive to foreign partners.