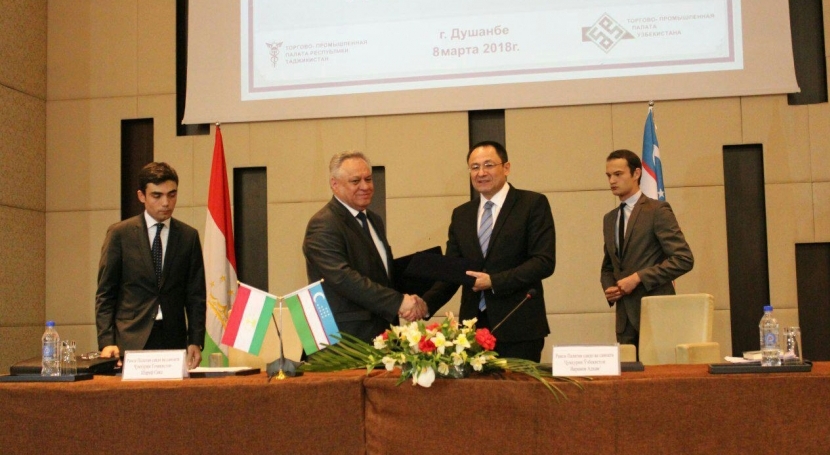 Perspectives of cooperation between Uzbekistan and Tajikistan

The main priority of its foreign policy, Uzbekistan has determined the strengthening of friendship and cooperation with its closest neighbors, the countries of the Central Asian region.

In a short time, thanks to the political will and efforts of the Head of State, relations were strengthened, urgent issues were resolved with all the states of the region.

March 9-10, 2018 State visit of the President of the Republic of Uzbekistan Shavkat Mirziyoyev to the Republic of Tajikistan. During the past negotiations at the highest level, issues of development of bilateral political, trade-economic, investment, financial, tourist, cultural, humanitarian and interregional cooperation, simplification of mutual trips of citizens. In this context, the agreements reached on the issue of legal registration of the line of passage of the Uzbek-Tajik State Border are of particular importance. Important practical results are also the introduction for citizens of the two countries of a visa-free regime for up to thirty days, the resumption of border checkpoints, the opening of flights between capitals.

On the eve of this visit, on 8 March 2018 in Dushanbe, the Chamber of Commerce and Industry of the two countries organized the First Meeting of the Tajik-Uzbek Business Council with the participation of 140 representatives of small business and private entrepreneurship. The Uzbek-Tajik Business Council was established on October 13, 2017 in Tashkent and is a non-governmental organization uniting representatives of the business community of the two states with the aim of expanding economic cooperation.

The participants of the event noted the large-scale reforms in Uzbekistan in 2017 to ensure openness of the economy, create a favorable investment climate, strong base for protection of interests of entrepreneurs, comprehensive support of entrepreneurial activity. The business circles of the two countries highly assessed the prospects for the development of trade and economic cooperation between Uzbekistan and Tajikistan using the potential of the renewed 9 new border checkpoints between the republics.

As a result of the event, the parties signed the Protocol of the meeting, providing for the Action Plan for 2018, as well as 21 bilateral trade, economic and investment documents. for a total amount of 20 million 500 thousand US dollars.

Within the framework of the visit, the President of the Republic of Uzbekistan Shavkat Mirziyoyev and the President of the Republic of Tajikistan Emomali Rahmonov attended the opening of the National Exhibition-Fair of Industrial Products of Uzbekistan in Dushanbe. In the open pavilion with an area of 500 m, cars, agricultural machinery, freight transport, buses and other products of Uzbek production are exhibited.

It should be noted that the state visit of the President of Uzbekistan to Tajikistan opened a new page in the history of bilateral relations.