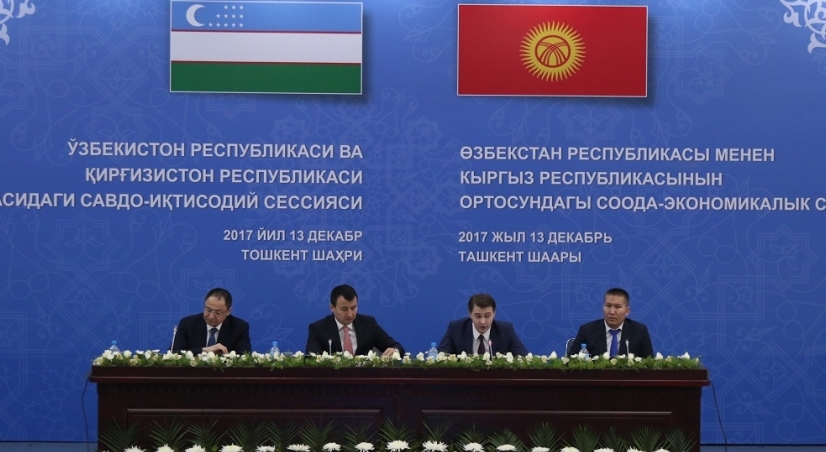 The purpose of the event was to promote the establishment and expansion of trade ties between the entrepreneurs of the two countries, the growth in the number of new joint ventures and the increase in bilateral trade.

During the session it was noted that over the past period of 2017 the volume of trade between Uzbekistan and Kyrgyzstan increased by more than 60%. This is evidence that entrepreneurs of the two countries are expanding the horizons of cooperation not only in the sphere of mutual trade, but also in implementing joint promising projects in Kyrgyzstan and Uzbekistan.

During the plenary discussion in the format "Government and Business" on the topic: "Prospects for the development of cooperation between countries, legislative aspects and business environment" business entities were able to get answers from the heads of relevant ministries and departments of both countries, in the field of creating joint ventures, implementing investment projects, as well as on the granted preferential treatment for taxation and customs duties.

As a result of the session, about 60 contracts were signed for a total amount of about 140 million US dollars. It is important to note that the signed documents and agreements on various areas of cooperation will create a firm basis for the entrepreneurs of our countries to build up and realize the existing potential of bilateral cooperation.

Representatives of the delegation of the Kyrgyz Republic also visited the exhibition of products of the Republic of Uzbekistan.