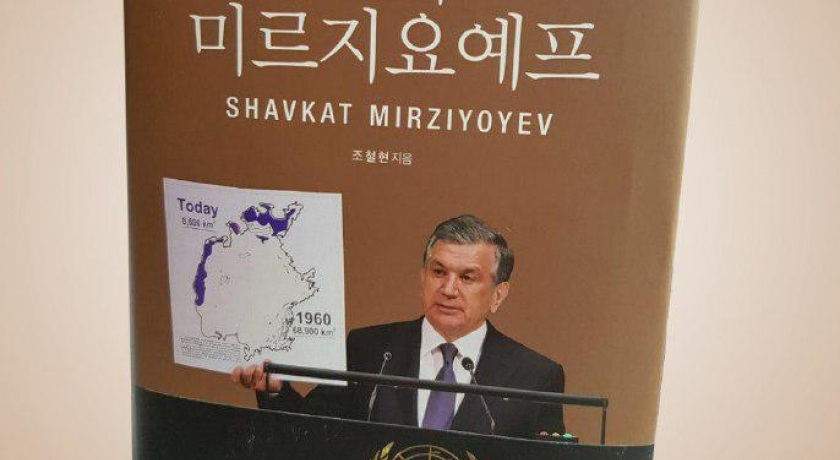 The book, published on November 20, 2017 in hardcover with a circulation of 50,000 copies, consists of 320 pages of text and photos, broken down into eight separate chapters.

The book details the activities of Shavkat Miromonovich Mirziyoyev at the post, first acting president, and then the President of the Republic of Uzbekistan.

Much attention is paid to the analysis of reforms in various fields initiated by President Mirziyoyev, such as liberalization of the economy, specific measures to attract and protect foreign investments, liberalization of the currency market, social protection of the population, a new policy in relation to the regions of the country, reforms in education and health, upholding the principles of freedom of speech and protecting the constitutional rights of citizens, the general democratization and liberalization observed in society, thanks to a new course taken by President Mirziyoyev.

A separate chapter describes the foreign policy initiatives of the President of Uzbekistan, which gave a new impetus to regional cooperation, and raised the relationship of Uzbekistan with neighboring countries to a qualitatively new level. Also, detailed information is provided on the foreign visits of President Mirziyoyev over the past year, about his meetings and negotiations with the heads of state and authoritative international organizations that visited Uzbekistan.

About the author of the book

Cho Chol Hyun graduated from Incheon High School and the Institute of Foreign Languages ​​of Korea. The author of a series of documentaries on publishing and literary subjects.

Below are some excerpts from the book:

This day became significant, unforgettable for citizens of Uzbekistan. Usually, on New Year's Eve, not only children, but also quite experienced adults live in some unusual mood ...

A few minutes before the chimes were struck by the twelve-hour chime, the President of the Republic of Uzbekistan Shavkat Mirziyoyev addressed the people for the first time in the country's history, with a television address and New Year's greetings to the people. Mr. President spoke against the snowy Senate building, surrounded by beautiful green firs. The President spoke in two languages, Uzbek and Russian. He spoke sincerely and confidently, about concepts close to the people. The whole country, all the people joined the TV. Silence reigned in the houses. After all, like in the history of the country has never been ... ".