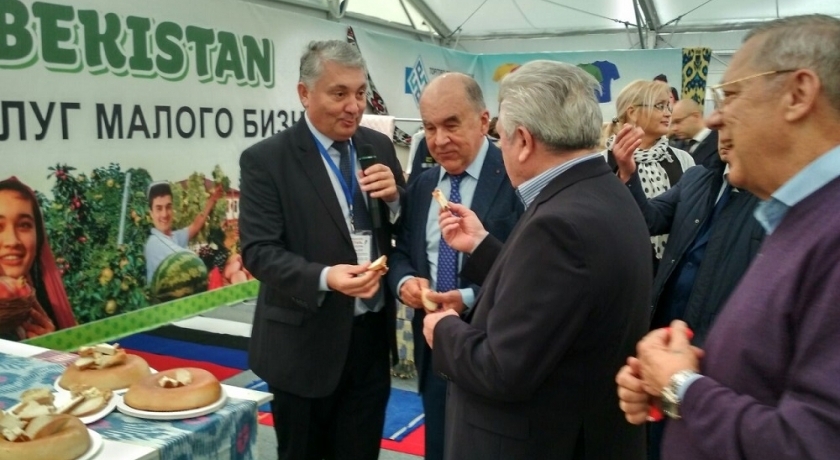 The exhibition "Made in Uzbekistan" was held in Kazan

On November 15 within the framework of “Days of Uzbekistan in Kazan” on the site of “Kazan fair” an exhibition of commodity producers of Uzbekistan, and also Uzbek-Tatar business Forum  with participation of business community of both countries was organized.

Over 80 Uzbek enterprises engaged in the textile, clothing, food and tourism industries took part in the event.

This year more than 120 companies from 12 regions of Russia,CIS countries and other countries took part in the exhibition, which will present a wide range of products of the season "Autumn-Winter 2017 / 2018y.y.

The business forum discussed long-term prospects of Tatarstan-Uzbek cooperation in the light and textile industry, and bilateral agreements will be signed.

It should be noted that these events were held in accordance with the agreements reached at the end of the Uzbek-Tatar business forum organized in the framework of the visit of the President of the Republic of Tatarstan Mr. R.Minnikhanov to the Republic of Uzbekistan on September 25, 2017.

On November 16, there will be business meetings of suppliers and buyers of light and textile goods "Purchases in Kazan", where the exhibitors will be able to present their products to general directors and purchasing directors, on the basis of which new products will appear on the shelves of Kazan stores.