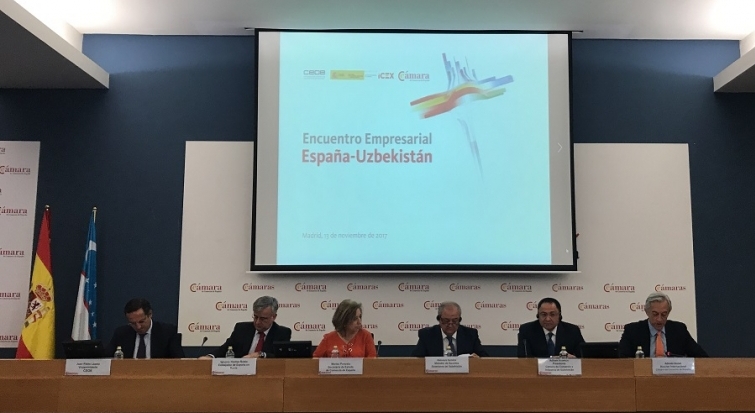 On November 13, a delegation of Uzbekistan headed by Foreign Minister Abdulaziz Kamilov in Madrid met with the Secretary of State for Trade of Spain , Maria Luisa Ponsela .

The parties discussed the priority areas for development of cooperation, primarily in the trade, economic and investment spheres.

Within the framework of the visit, the Spanish-Uzbek business forum was organized with the participation of about 120 representatives of companies and business entities of the two countries, which examined prospects for new joint projects in various fields of economy.

During the event participants were introduced with ongoing measures on liberalization of economy and currency market, improvement of business environment, business support, protection of rights and legitimate interest of small business, increasing investment activity, and also conditions for foreign investors in existing and newly created FTZ (Free Trade Zone)

At the end of the forum, individual meetings were held in the B2B format with representatives of interested Spanish companies, where detailed answers were given to the questions they were interested in, as well as information on the opportunities for doing business in Uzbekistan.