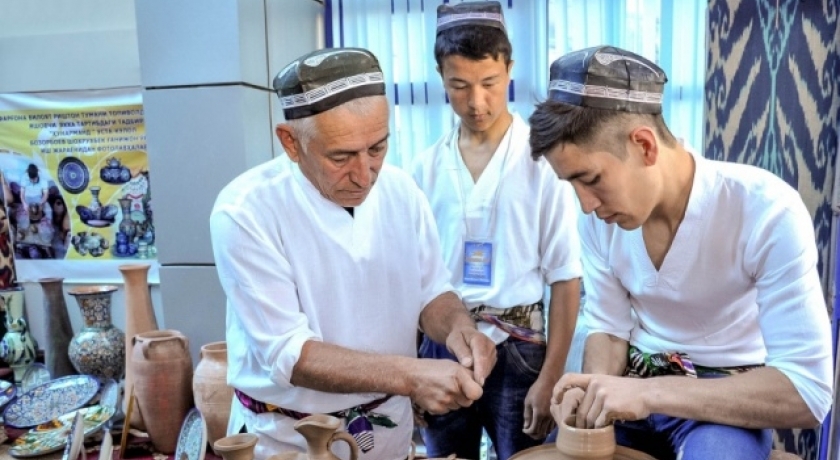 The Farghona Regional phase of the “Tashabbus (initiative) - 2017” contest for Presidential awards has taken place in Farghona. 55 entrepreneurs, farmers and craftspeople participated in this phase of the contest.

Under the leadership of the President of the Republic of Uzbekistan, consistent reforms are being implemented to develop the small business and private entrepreneurship sphere, farms and national craftsmanship.

There are about 19 thousand small business entities working in Farghona Region, and they account for 64.3 per cent of the gross regional product and for 81 per cent of the population’s employment.

This traditional “Tashabbus” contest helps to widely propagate the work of the most active and enterprising people and to provide comprehensive support for them. In the district and town phases of the contest, 925 entrepreneurship entities participated. During the regional phase, an exhibition of industrial and consumer goods produced by entrepreneurs, foodstuffs and items of craftsmanship was arranged.

Products of the Nurafshon Ziyo Teks enterprise in Buvaydo District, Baraka Business in the town of Kokand and Kelajak Sifat Teks in Furqat District are to everyone’s liking. At the contest, entrepreneurs, farmers and craftspeople displayed more than 15 types of products.

At the contest, winners in a number of additional nominations were also determined and given awards.