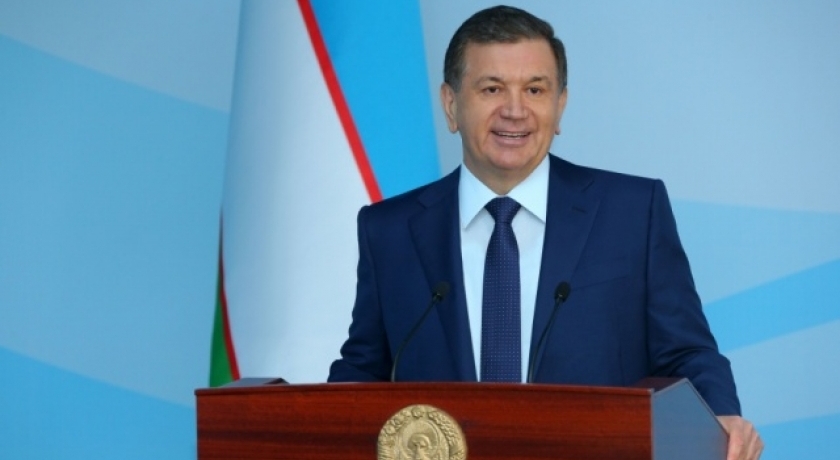 On 27 April President of the Republic of Uzbekistan attended the ceremony of laying the first stone of the modern oil refinery complex in Jizzakh region.

Huge transformations have been accomplished during the years of independence in all spheres of the economy of Uzbekistan, including in the oil and gas sector, which has played a decisive role in attaining fuel-energy independence, acceleration of economic alterations, industrial development, increasing the people’s welfare.

The Actions Strategy on five priority areas of development of the Republic of Uzbekistan in 2017-2021 attaches a particular attention to increasing the competitiveness of the national economy through reinforcing macroeconomic stability, modernization and diversification of leading spheres, deepening structural changes.

Provision of the population and industrial enterprises with quality petroleum products, as well as increasing the export potential of our country in this sphere are the most important tasks of today and the future in achieving these priority goals.

In accordance with the path on the modernization of the power complex through implementation of advanced, science-intensive and innovative technologies, the Head of state resolved to construct a new modern oil refinery complex, the design capacity of which is 5 million tons of processed hydrocarbon raw materials annually.

The oil refinery complex, the groundbreaking ceremony of which was attended by the Head of our state, is designed in collaboration with leading international companies and specialists, based on the most advanced technologies of deep processing of hydrocarbon resources.

It will be one of the unique industrial facilities not only in Uzbekistan, but also in the whole Central Asian region.

The design will use international norms and standards on ensuring industrial and ecological safety, environmental protection.

The technologies of the new complex differ in their flexibility in processing various types of hydrocarbon feed with maximal output of wide specter of petroleum products, on demand in the world market.

The commissioning of this complex will create over two thousand new jobs for qualified specialists and over 14000 in auxiliary production and services, open new prospects to significantly broaden the flight geography of airplanes of Uzbekistan, allow to have a deserved place among the countries, exporting petroleum products. A modern road and transport, communications and social infrastructure will be created, which will contribute to radical make-up of the appearance of the region.

The construction of oil refinery complex in Jizzakh region will be yet another demonstration of successful realization of the Actions Strategy on further development of Uzbekistan.