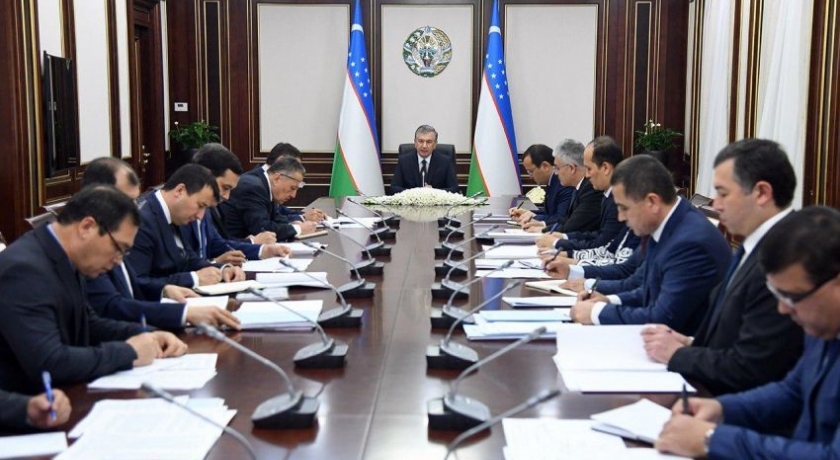 The meeting participants examined the measures essential for adoption on this front within a short period of time remaining to the end of year. In particular, mobilization of available reserves was stressed to increase production volumes at industrial companies, eliminate tax arrears of large enterprises in the oil and gas, electricity, chemical sectors and other areas.

The state of investment development underwent analysis. The head of state pointed out that in 31 projects this process was behind schedule, while 8 regional projects were recognized as ineffective.

Special attention was paid at the meeting to the realization of key economic forecasts for 2020.

Thus, next year, gross domestic product is expected to grow by 5.5 percent, industrial production to increase by 6.5 percent, agricultural – by 4 percent, and the services sector – by 5.7 percent.

The Ministry of Economy and Industry, the Ministry of Finance and the Central Bank have been instructed to urgently and thoroughly assess the potential risks in securing forecast indicators, and coordinate the activities of all agencies in this direction.

President Shavkat Mirziyoyev pointed to the availability of enormous reserves in agriculture, the use of which would accelerate the development of the textile, food and leather-footwear industries, manufacturing sectors. Relevant officials briefed the meeting participants on the steps due next year in the framework of the Concept for Agriculture Development in 2020-2030.

It is important, it was stated, to boost production of finished goods achieved with sustainable industrial development, primarily in the metalworking, hydrocarbon, coal mining, chemical sectors, building materials and automotive industries.

The Ministry of Economy and Industry has been tasked with delivering conditions for the efficient operation of economy sectors, with ensuring their guaranteed supply of resources.

Special emphasis was placed also on factors arising under the influence of various economic confrontations in the world. In this regard the head of our state warned that the coming year will be rather difficult and full of trials. Shavkat Mirziyoyev thus insisted that required measures be taken to ensure growth in exports of products and services by at least 20 percent compared with the current year indicators.

The meeting participants also thoroughly discussed issues of saturation of the domestic market with consumer goods. The President specified officials responsible for preventing the unjustified rise in food prices, for monitoring the movement of products with full coverage of the processes of procurement, processing and marketing.

The head of our state set the task to implement the 201 projects in the coming year in a timely manner, as well as to work out a draft Investment Program for 2020-2022.

In the next year, about 400 thousand jobs are projected for creation through the realization of regional investment projects and the establishment of new small businesses. Responsible officials were instructed to launch systemic work in these areas.

Reports were presented on issues discussed at the meeting and basic measures were identified.